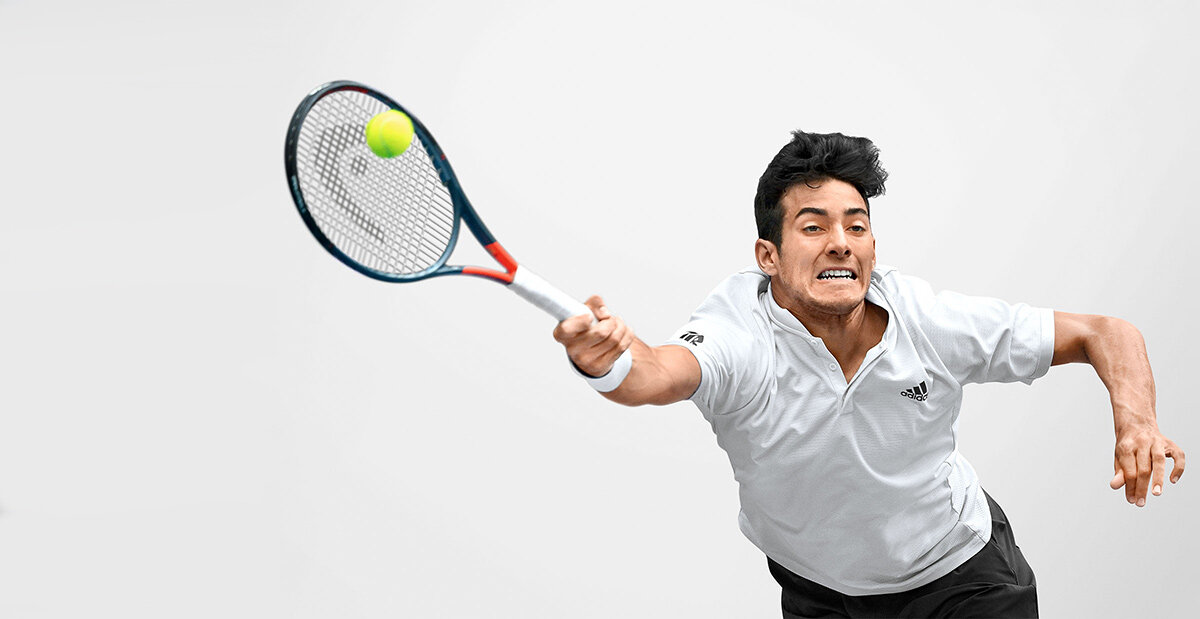 Cristian Garín is Chile’s brightest tennis prospect for over 20 years. He was at a career-high 18th in the world rankings when the coronavirus pandemic struck, as Sebastián Fest explains.

To say tennis and Chile in the same breath is, for many, to conjure up the memory of Marcelo Ríos. The left-hander who topped the world rankings in 1998 is still remembered by those who love good tennis. But time passes, and to say tennis and Chile today conjures up Cristian Garín, Chile’s hope of a return to the top 10.

Ríos and Garín are quite different. The former number one is short and left-handed, Garin is tall and right-handed. If Ríos’s rebellious attitude meant he sometimes made statements that were far from diplomatic, Garín speaks just fine. His thing is to play.

There is, however, something of Ríos in that two-handed backhand by Garín, a fast and flat shot with which he achieves unlikely short angles to change the nature of the point and, more than once, of the match.

After a 2019 in which he won the first two titles of his career in Houston and Munich, the goal was clear this January in Australia: keep winning and add more aggressiveness to his game, which shines on clay but has plenty of margin for growth on faster surfaces.

‘My goal  is to be more solid, without as many ups and downs as I had last year,’ he said in January.

‘Clay is my best surface where I play my best tennis. But I want to improve across the calendar, which means choosing the weeks in which I will play better.’

Garín, whose game is built around a powerful serve, adds: ‘When I talk about playing more aggressively I mean playing more intensively, being better physically, going more into the net. When I’m aggressive, that's when I play my best game, when I’m clear about my serve.’

Garín had a great first quarter of 2020. Champion at the ATP 250 tournament in Cordoba and the ATP 500 in Rio de Janeiro, he jumped into the top 20 and was sixth in the race to the ATP Finals. Ahead were the juiciest weeks of the clay season and the real possibility of aiming for the top 10. Then Covid-19 arrived ...

When the tour was suspended, Garín was in Santiago de Chile recovering from a back injury. Soon after, he found he couldn’t even go to the gym, as it was closed due to the pandemic. So he decided to buy his own machines to train at home, and he took to hitting in an underground parking lot, simply not to lose the feel of the ball on his strings. From Argentina, he was given directions by his coach, Andrés Schneiter, and when he could, he practised on court with Nicolás Massú, another name from the glorious history of Chilean tennis.

Then he was allowed to travel to Miami, where he hooked up with Schneiter and Alejandro Barbosa, his physical trainer.

‘We worked hard,’ Schneiter explained. ‘The truth is that Cristian has not lost much tennis and we have been working on his physique. With the quarantine he lost weight and tuned up a little more. He lost 10 pounds (4.5kg) and now we’re seeing what his optimum weight is. He currently weighs 86kg (190 pounds). His physical build is like that, he’s never going to be like Djokovic, but he’s a strong guy who’s carrying no excess fat.’

Schneiter, who also coaches the Argentinean Juan Ignacio Londero, adds something which is key to describing Garín: ‘Cristian is a very fast player because of the power he has in his legs. He starts so well, he’s like a tractor. That strength in tennis comes from the legs. He is very strong in his legs.’

Much of Garín’s lockdown training was at a private club. He wanted to practise at the IMG Academy, but that was ruled out for coronavirus safety reasons, so with Schneiter becoming Team Garín’s unofficial cook (and Garín relaxing on Play-Station), they spent much of lockdown in a very un-Miami-like Miami.

That gave Schneiter additional tasks on the psychological side. ‘It’s a very big uncertainty not knowing what you're going to do,’ Schneiter says, ‘and that causes ups and downs. There are times when negative things come out all of a sudden and suddenly he’s a little bit down. He’s an anxious kid, so obviously there are days when he's more eager and days when he's less, but he’s had a good attitude.’

Garín himself used the suspension of tour tennis to write a piece for the ATP website in which he analysed what he had achieved so far and what should come next: ‘My results this year left me in a very good position,’ he said. ‘Reaching the top 10 has become a goal, and I think I’m close.’

Born in Arica, in the northern Chilean desert, he was Chile’s youngest ever Davis Cup debutant at 14 years and 119 days, and went on to win the Roland Garros boys singles in 2013. A fan of football and basketball, he supports Colo Colo, one of Chile’s biggest soccer teams, and he watches as many NBA games as possible, always with his friends.

He is now the leader of a new Chilean generation. The trio that was once Ríos, Massú and Fernando González is now Garín, Nicolás Jarry and Alejandro Tabilo. Garín is the furthest forward, and was in great form when the tour was suspended just two days before Indian Wells was about to start.

Garín can claim to have won Indian Wells, beating Novak Djokovic in the final. Admittedly it was only the virtual tournament, voted by the fans, but there is a recognition there that he has the mental strength and perseverance to get to the top.

And he does have one thing in common with Djokovic. The Chilean was disoriented in tennis at the end of 2017, with a combination of bad results and poor health. It was then that he discovered something. ‘I took some tests and they showed I had a medium-level allergy to gluten and a high-level allergy to lactose. Since then I have been learning how to eat – especially before competitions – and how to take good care of my food, how to find out what is good for my body. My body now feels different.’

Chile is a country where football is king. But it has also become used to some success in tennis thanks to the efforts of Ríos, Massú and González. Cristian Garín has all the makings of being the next man to bring top-level success to the southern tip of South America.