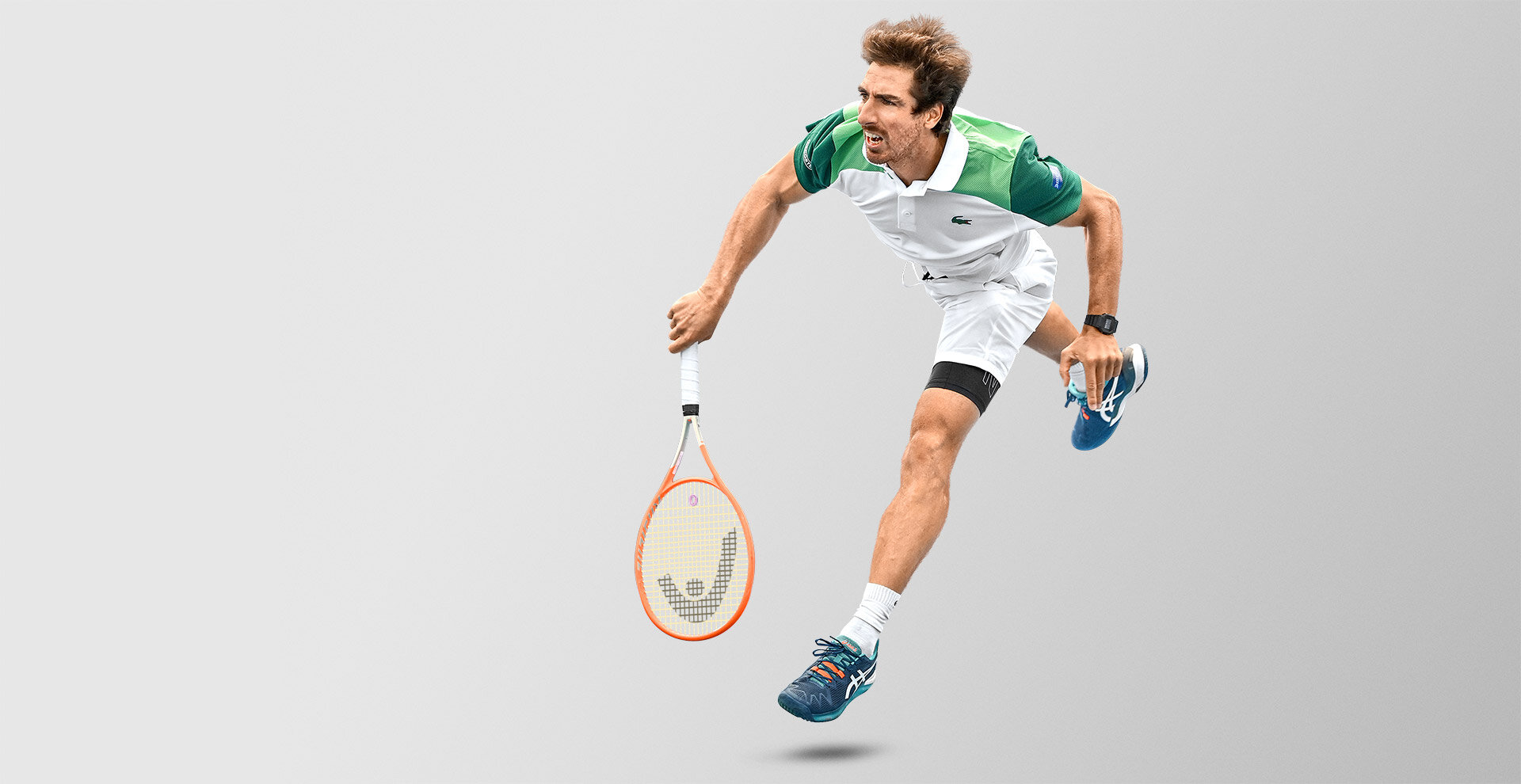 There have been moments over the last couple of years when longtime HEAD ambassador Pablo Cuevas wondered if he was nearing the finish line of his long and productive career. But as Stephanie Myles reports, he is back on tour despite numerous difficulties, and became an internet hit during quarantine in Australia in January 2021.

Approaching his mid-30s, Pablo Cuevas didn’t know if the desire was still there, or if he was getting a little too old for the grind. He had missed two years with a knee injury in 2011-13, but had fought back to become the first Uruguayan to break into the world’s top 20 in 2016. Yet the knee flared up again in 2017, and in 2018 he missed the US summer hard-court season with a fracture of the scaphoid bone in his right foot. Were the gods telling him to stop?

After spending a lot of time at home in Uruguay in 2020, including the five-month period in 2020 when tennis shut down because of the pandemic, Cuevas made a change. “I had been staying (home) in Uruguay a lot, which wasn’t so good for my level of tennis, or for training. So for the (2021) pre-season, I decided to go back to Buenos Aires (Argentina),” he said. “I trained with a lot of the younger players, and I recovered my motivation. I began this year with a lot of energy. The level was back.”

Yet the tennis gods can be cruel. Cuevas arrived in Melbourne to begin the season – only to learn he had been on a flight that had a positive Covid-19 case on board. Instead of being allowed out up to five hours a day to train, he was in hard quarantine for 14 days. The only thing he could do was try to find ways to maintain his pre-season fitness and – almost as important – his sanity, while sitting in his hotel room 24 hours a day.

The Uruguayan’s inventiveness and ingenuity were on full display on his Instagram feed, where he gained a legion of new fans as he posted videos of his fortnight. Whether it was enjoying a “spa day” to the tune of Frank Sinatra’s “That’s Life”, surfing across his room on his bed mattress or soaking himself in a steaming hot shower and swinging a phantom racquet to try to replicate Melbourne’s summer heat, he managed to get through it.

Just days after leaving hard quarantine, he made the third round of a Melbourne warm-up tournament, and then lost to Australia’s Alex de Minaur in the second round of the Australian Open. There, the cruel tennis gods reappeared – Cuevas suffered a fracture of the fifth metatarsal bone in his left foot.

He made the long trip home to Uruguay knowing he would miss one of his favourite parts of the season, the clay-court swing through South America. He was on crutches for a month to keep the weight off the foot. The first day back, he walked in a swimming pool, the water at waist level.

In all, it was five weeks without practice, even if it did mean precious additional time at home with wife Clara Ruiz and daughters Alfonsina (6½) and Antonia (3½). “I have experience with this,” he said, referring back to his injury layoffs in 2011-13, 2017 and 2018. “So I was prepared, and patient.

Cuevas had hoped to be back in time for the first Masters 1000 ATP Tour event in Monte Carlo in mid-April. Instead, he headed to Belgrade, Serbia a week later, a journey that took 48 hours and included a 12-hour layover in Panama and a 12-hour flight to Turkey. For South American players, there is no such thing as routine travel – even in normal times.

“When I arrived, I had an inflammation in the adductor,” he said. “I was in a lot of pain.” He tried to play doubles with India’s Rohan Bopanna, but was forced to retire after the first set. The pain had subsided a little by his scheduled singles match the next day, but still not enough to play.

Not only was Cuevas’s return to action again put on hold, but he had missed his most lucrative time of the year. All his six tour titles have come on clay, and nine of his 10 finals too. He has particularly done well in São Paulo and Rio de Janeiro, two tournaments he won in 2016 en route to his career-high ranking of 19 that August, but he missed them in 2021.

He also missed Estoril, where he was the defending runner-up. When he reached the final in 2019 as a qualifier, he had his family with him, but now he must fly solo. “My daughters enjoy the time with me a lot and miss me when I’m gone,” he said. “I travel a lot with my family. But in the last two years, I haven’t. In the current situation, it’s not easy to travel with kids.”

Tweaks to the ranking system mean Cuevas will keep his ranking points from the 2019 Estoril event, but what he needs to get his level back is tournaments. For that to happen he will need to see the injuries gradually disappear, and to sustain his belief that he can become a factor again. If the family can travel, that will also help his mood. But for now, he is happy. “I have the same energy,” he says.

Pablo Cuevas is among the top-10 active players in clay-court victories, but he may be in the top five when it comes to the length of his relationship with his racket sponsor.

“I started playing with Head when I was 12 years old – more than 20 years. I think you can change the clothes. But the shoes and the racket, those are not easy to change,” he said. “You need the racket you feel comfortable with. The racket (company) might pay you money, but you need the (right) racket to earn money.”

Cuevas played with the Ti as a youngster, then the Radical. And then, for 18 years, with the Prestige. Now he’s back to the Radical. “Sometimes I’ve been looking for more power, sometimes more control,” he said. “But now, I am 35 years old. I need the power,” he laughed.