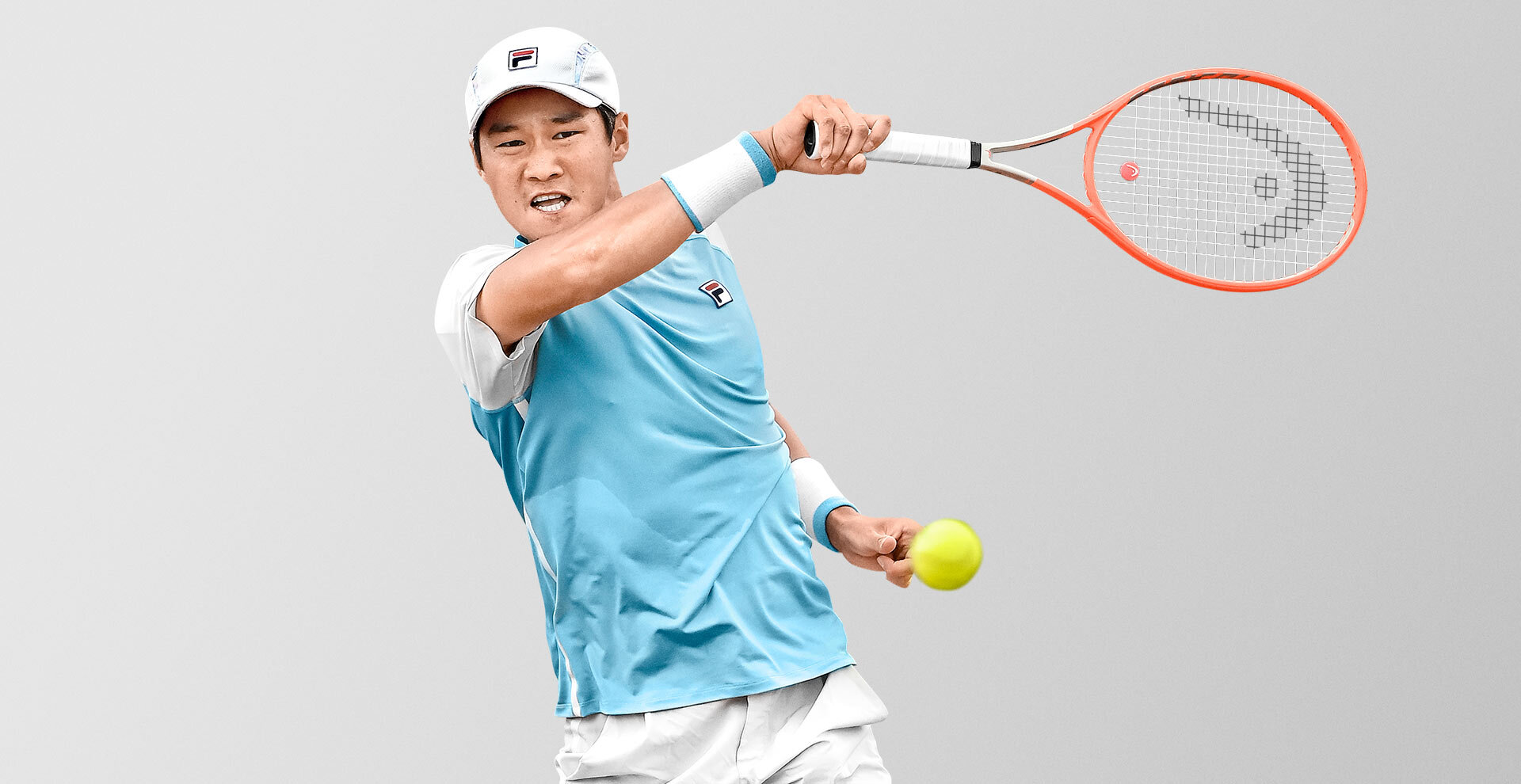 As tennis expands into countries with little tradition of the sport, Soonwoo Kwon is putting South Korea on the map with his rise into the world’s top 70.

Only four years ago, the goal for Soonwoo Kwon was winning at least one match on the ATP Challenger Tour. By March 2020, he had reached four tour-level quarter-finals in a row, broken into the world’s top 70, and become the top-ranked Korean player.

But 2021 will be a year of transition for the young man from Sangju, about 160 kilometres south-east of Seoul. He is comfortable and relaxed at home in Korea, but knows he has to spend more time elsewhere in the world now he is a regular on the ATP tour and his ranking guarantees him entry into the main draws of all four Grand Slam tournaments. His split from his coach Kyu Tae Im in October 2020, with whom he had worked for 18 months, is likely to be a step towards a more international approach to his training.

‘Before playing tennis, I was one of the members of the youth soccer team’

Kwon was a football (soccer) player as a child, but at age 10 his father, a keen hobby tennis player, introduced him to tennis. ‘I was quite good at soccer,’ Kwon says. ‘Before playing tennis, I was one of the members of the youth soccer team. At that time, I didn’t like tennis much. However, when I think back to that moment, my father led me on the right track.’

Tennis is not one of the popular sports in Korea, and Korean players struggle to find practice facilities they can use freely. ‘In Korea, the infrastructure of tennis courts and associated facilities is not that good,’ said Kwon. ‘However, all my family members are in Korea so, mentally, I feel more comfortable and relaxed here.’

The big breakthrough for Kwon came in 2019. He won his first Challenger title at Yokohama. He then reached the main draw at Wimbledon through qualifying; although that was his second main draw at the Grand Slams, the first was a wildcard into the 2018 Australian Open 2018 through the Asia-Pacific Play-offs, so he felt Wimbledon in 2019 was more earned. His first ATP tour main draw victory came in Atlanta in July, and the following week he reached his first tour-level quarter-final at Los Cabos. He had started 2019 at 239 in the rankings – his Los Cabos run took him into the top 100, and by the end of the year he had climbed 151 spots to 88th.

That form continued into 2020. Although he lost in the first round of the Australian Open – albeit in five sets to the experienced Nikoloz Basilashvili – he then reached four quarter-finals in a row, taking his ranking to 69 on 2 March. When the tour returned from its five-month suspension for the Covid-19 pandemic, Kwon posted his first main draw victory at a Grand Slam, beating Thai-Son Kwiatowski at the US Open.

Three years ago, the likelihood of South Korea being represented in the world’s top 100 was reasonably good. There were high hopes for Hyeon Chung, which went even higher when Chung reached the Australian Open semi-finals at just 21. But since that hot streak in Melbourne, various injuries have left Chung stranded well outside the top 100, while the more steady Kwon has become the leading Korean in world tennis.

Kwon’s all-time role model is Kei Nishikori. ‘Nishikori is the only Asian player who was in the top 10,’ he explains. ‘Many people believe he has more potential than he has shown so far. I think my physical condition and playing style are similar to his, so I have lots of things to learn from him. I really respect him.’

Kwon’s favourite shots are his forehand and the drop shot. He says, ‘Succeeding with the drop shot gives me a big thrill. When I win a point with a drop shot, I feel I’ve overpowered the opponent tactically, and it makes me feel more awesome.’

His goals are still gradual. For 2021, he wants to reach the third round of the majors and the semi-finals of tour events, but as he wants to spend a good 10 years in the top 100, he’s happy to go one step at a time. ‘I’ve got to know that the goals I set are achievable in the following season,’ he says, ‘I want to improve myself step by step every year.’

Soonwoo Kwon has been with HEAD since his early teens. He likes the rackets and the way they are customised for him, but that’s not the biggest reason he says he’s proud to be a member of the HEAD family. ‘HEAD understands loyalty,’ he says. ‘As you saw in the relationship between HEAD and Maria Sharapova, HEAD stood by Maria till the end of her career even though Maria had some hard times. I think it was possible because HEAD sponsorship is based on the trust and belief among HEAD and its players. That’s one of the reasons I love HEAD and I am really proud to be a member of the HEAD family.’

Kwon is famous for his own special pose – he puts his right index finger to his right temple after he has won an important point. He says, ‘Three years ago I had a run of defeats. Then one day, accidentally, after I did that pose at an important moment, the game changed in my favour and I won some more matches. Since then, I’ve done that pose during my matches. It means “Stay focused till the end!” I also do it to refresh my mindset in matches.’

And like all tennis players, he has a superstition. ‘Only one,’ he says, ‘it is a victory food. If I eat some food before a match and then I win, I eat the same food till the end of the tournament.’