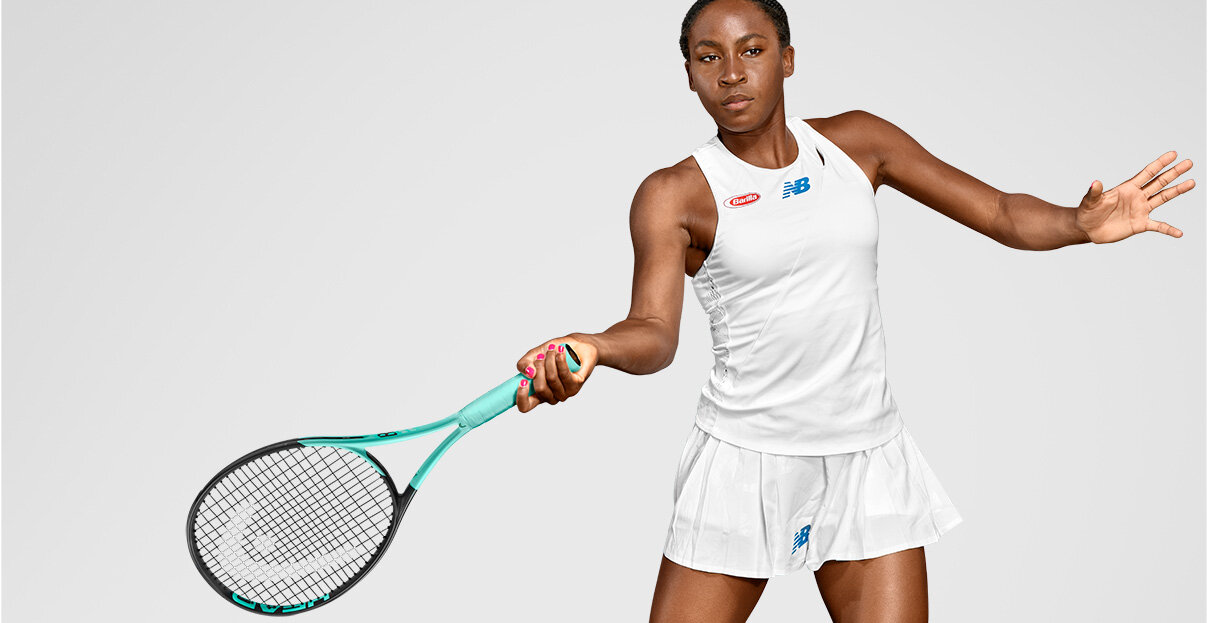 What 15-year-old would induce a sizeable group of middle aged men and women to hang around watching a pick-up basketball game at 10.30 at night? Possibly only a remarkable young woman called Coco Gauff.

It happened some time after the exhibition Gauff played against Estrella Perez-Somarriba, the NCAA Champion from Miami University, at the Delray Beach Tennis Center. Instead of heading for dinner, Tony Godsick, Roger Federer’s manager who now looks after Gauff; his wife, Mary Joe Fernandez, the former USA Fed Cup captain; two long serving umpires in Lars Graff and Richard Kauffman; and a whole assortment of tournament officials and ball kids gathered to watch an unusual spectacle.

Coco Gauff, probably the most celebrated teenage athlete in the world right now, was going through a series of unfathomable dance routines, embellished with hand signals and much giggling with three girl friends while a fourth friend filmed it all on his iPhone. “I know kids look up to me now so I try to remember that,” Gauff had told us a short while earlier. “But basically I’m a goofy person.”

Bored by being cut out of the action, Codey Gauff, Coco’s 12-year-old brother, suddenly threw a basketball at his sister and, with six-year-old Cameron Gauff joining in, a pick-up game quickly developed. Needless to say Coco was quite good.

“We have always encouraged Coco to play a lot of sports – basketball, baseball as well as tennis,” Corey Gauff said as he watched his children with a smile on his face. He is a tall, solidly built former basketball star from Georgia State University who has proved, like Richard Williams before him, that you don’t have to be a player yourself to teach a kid how to hit to tennis ball.

His wife, Candi, was a hurdler and heptathlete at Florida State University, and the family were living in Atlanta, Georgia when their four year old daughter first became aware of a game called tennis. “I took her to Target and bought her a child’s racket,” said Corey, referring to the omnipresent store one can find in most neighbourhoods across America. “It was pink and modelled on what I think Maria Sharapova was using at the time. I bought her pink shoes; the whole outfit was pink.”

By the time she was six, little Coco was less interested in the colour of her outfit than watching Serena and Venus play tennis. She saw them on television and started to get the urge to play properly herself. The following year her parents entered her into the Little Mo Tournament, an annual event supported by the Maureen Connolly Brinker Foundation, which attracts some 300 kids from all over the world to a club in North Palm Beach, Florida.

“She started to learn how to compete and stopped fooling around,” her father remembers. It was at that time that the decision was made to move south, to Delray Beach, to live initially with Mrs Gauff’s relatives before buying their own home in an area that boasted numerous tennis academies. One of the first Coco was taken to belonged to Rick Macci, the coach Richard Williams called upon to take a look at his daughters when Venus was 10 and Serena nine.

By then it had become time to buy Coco a proper racket. “I think we noticed that another junior, Tornado Black, was using a Head,” recalls Corey, “and Coco tried it and liked it. We wanted a thin-framed racket because Coco felt confident in generating her own power. It seemed that rackets emphasising power caused more injuries and, as athletes ourselves, my wife and I were very conscious about putting too much stress on a young body. Coco wanted a racket with feel and touch, and the Head 360 Speed MP gave her that.”

"Coco wanted a racket with feel and touch, and the HEAD 360 Speed MP gave her that"

Blessed with a lithe, athletic frame Coco grew gracefully into the young athlete she is today – one who, inevitably, offers a reminder of Venus at about the same age. By a weird twist of fate, Gauff drew the player she idolised as a kid in two of the first three Grand Slam draws in which she was entered but, as the sporting world learned, she refused to be daunted.

Most 15-year-olds would have been fazed by having to walk on Wimbledon’s Centre Court to face Venus, but Gauff not only stayed focused after fighting her way through qualifying but won 6-4 6-4. Ignoring the headlines, she then went on to win two more rounds before losing to Simona Halep who was unbeatable that fortnight.

Given a wild card into the US Open, Gauff again looked the part, beating Anastasia Potopova and TimeaBabov before losing to the defending champion Naomi Osaka in match remembered for the touching sight of Naomi consoling her tearful opponent at the end.

The tears didn’t flow for long. By October, Gauff had claimed her first WTA title, despite having lost in qualifying! Getting into the draw in Linz, Austria, as a Lucky Loser, she beat Kristina Mladenovic in the first round and overcame the former French Open champion Jelena Ostapenko in an exciting three-set final.

With fate defying the odds again, Gauff not only drew – and beat – Venus Williams in the first round of the Australian Open but came up against Osaka again two rounds later. Demonstrating how much she had improved, the still 15-year-old deprived Osaka of her Australian crown with a commanding 6-3 6-4 win. Only the fierce competitiveness of her Florida neighbour Sofia Kenin stopped her in the fourth round.

From now on, stopping Coco Gauff on a tennis court will become an increasingly difficult task. But her talent with a racket is only part of her appeal. Venus Williams was very poised at 14, but Gauff’s ability to handle the clamour and frenzy which has surrounded her since beating her idol at Wimbledon has been quite astonishing.

Signing autographs, talking to strangers, and answering reporters’ questions all seem to come naturally to her and she responds with a quiet charm that speaks so well for her upbringing, and bodes so well for the future of women’s tennis.