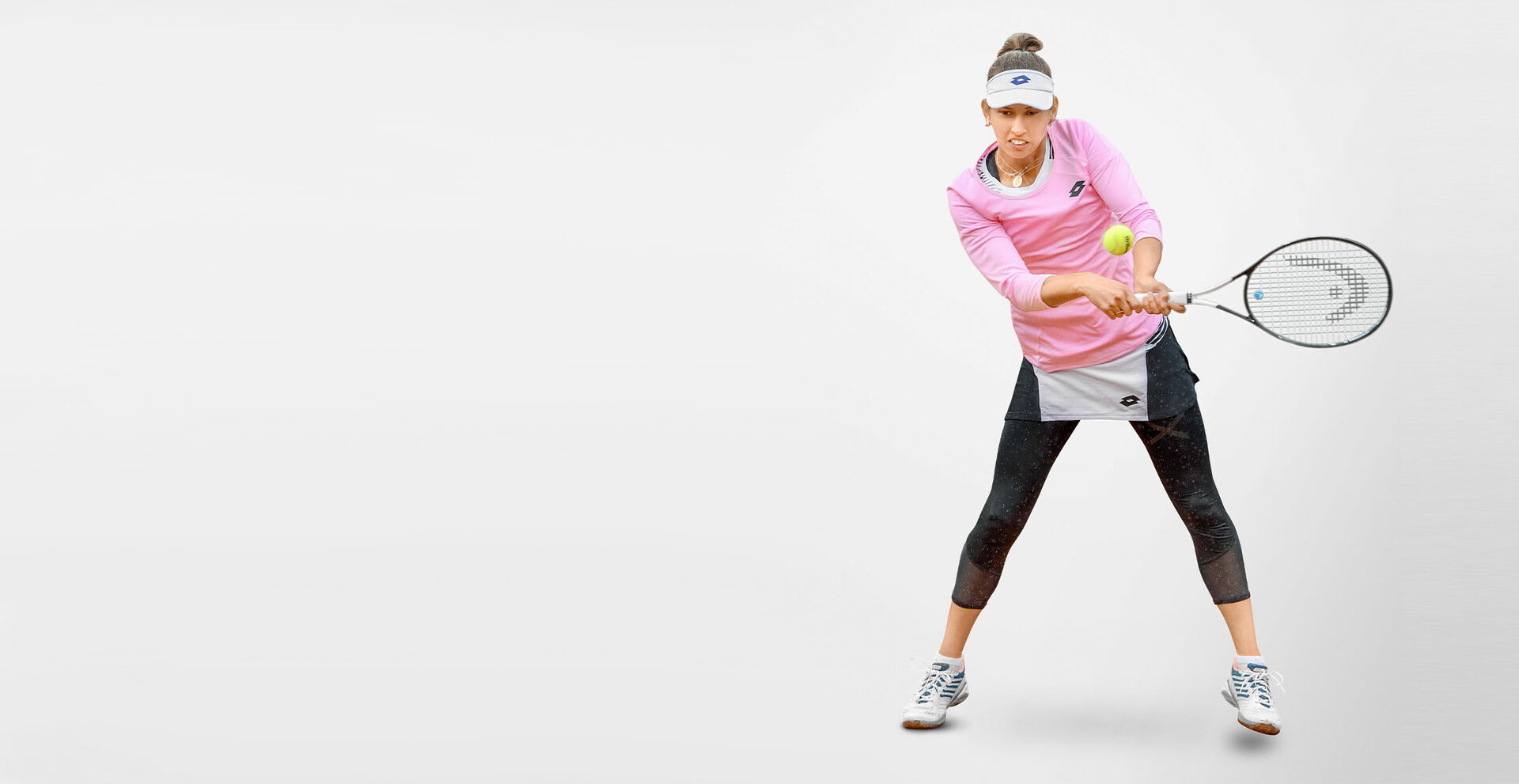 Whenever Elise Mertens wins a tennis match, the animal kingdom should stand up and cheer. In the world of sport, it has no more avid supporter, as Richard Evans reports.

Guido Mertens must be a busy man. Not because his daughter Elise has wielded her black framed Head racket to such good effect over the past three years that she has risen as high as No 12 in singles and No 2 in doubles on the WTA tour. But because he is ‘caretaker-in-chief’ for her vast array of animals when she goes on tour.

Mertens loves her life as a professional tennis player and most that goes with it, with one exception – she has to leave her menagerie of animals at home under her father’s care. First of all there are five dogs, headed by Bo, a Collie adopted from Greece whom Elise calls ‘my soulmate’. Then there is Kaj, Gino, Keke and Loeke with Kaj being the only one who was not adopted from a home.

‘I also have two turtles, Schillie and Patty who were a present to myself for winning a tournament,’ she smiles, warming to her task. ‘Then there are yellow, red and orange pheasants who bring colour to the garden as well as six love birds who live in the wood shed. Oh, and we have an aquarium in the house full of colourful fish.’

The popular 24-year-old Belgian is not content with just tending to her own animals. She has her eye on the Virunda National Park which spreads across a portion of the Democratic Republic of Congo near its border with Uganda and is home to wild mountain gorillas. ‘They need help,’ she says. ‘I have plans to bring greater attention to them.’ Stand by for much chest beating at Virunda.

It was Mertens’ older sister, Lauren, now an airline pilot with KLM, who introduced Elise to tennis at the age of four. With a schoolteacher mother and a father who makes furniture for churches, there was no direct link to tennis in the Mertens family, but when Elise started to build on an early fascination with the sport she was inspired by the exploits of Belgium’s great stars, Justin Henin and Kim Clijsters. After showing promise in local tournaments, she took a step up in 2015 when she started training at the Kim Clijsters Academy which was conveniently situated at Bree, less than half an hour’s drive from the family home in Hamont-Achel.

By this time, she was growing to her full height of 1.79m (5ft 10in) but it was steadiness and properly constructed stroke play rather than power which enabled her to make an immediate impact on the ITF circuit where she and Russia’s Marina Malnikova reached the final of the doubles in New Delhi in 2014.

For someone who never liked being too far from her animals, it was ironic that she settled on a part of the world as far removed from home as possible to score some of her early successes. In 2016, she revealed her doubles prowess by winning the title at the ASB Classic in Auckland, New Zealand with An-Sophie Mestach and then, on the other side of the Tasman Sea, qualified for the WTA event at Hobart and won the title, beating Romania’s Monica Nicolescu in the final.

Players get attached to certain places and feel confident as a result. So in 2018, Mertens returned to Hobart and defended her title before flying over to Melbourne to establish herself as a top player by reaching the semi-finals of the Australian Open without dropping a set. It took Caroline Wozniacki, who would go on to win the title, to stop her. Playing aggressive tennis, standing in on her opponents’ second serves, Mertens surprised Alizé Cornet of France 7-5 6-4 in the third round, Croatia’s Petra Martic 7-5 7-5 in the fourth and outplayed Elina Svitolina of Ukraine 6-4 6-0 to become the first Belgian player to reach the semi-finals in Melbourne since her idol Kim Clijsters six years before.

Gaining confidence from that run Down-Under, Mertens added two more titles at Lugano and Rabat in 2018 and then put together a great run to win Doha early the next year, defeating three top ten players: Kiki Bertens, Angelique Kerber and Simona Halep to win her fifth WTA title.

If Mertens had been making satisfying progress in singles, her doubles really took off in 2019 when she teamed up with the powerful Belarussian Aryna Sabalenka. The pair pulled off the rare feat of winning both Indian Wells and Miami, known as the Sunshine Double, and then later in the year entered the Grand Slam winners circle by beating Victoria Azarenka and Ashleigh Barty to win the US Open.

By this time, Elise had become romantically involved with Robbe Ceyssens, a coach at the Kim Clijsters Academy who is just 18 months older. The partnership developed on and off the practice court and, and unsurprisingly, the player has credited her coach and boyfriend with much of her success over the past two years.

Interviewed in New York by Tennis Panorama during the Western & Southern Open, which had been switched from Ohio to Flushing Meadows because of Covid-19, Ceyssens stressed how he had been working to get Elise to become more aggressive with her positioning on court. ‘Normally Elise is more of a defensive player,’ he said, ‘but we are trying to push her into the court so she can go forward.’ Ceyssens is also a fan of statistics. ‘I think they can be very useful. We studied her stats on second serve returns and were able to derive some useful information from that.’

And Mertens’ impressive form continued, with a run to the quarter-finals of the US Open.

Presumably Robbe enjoys visiting the Mertens Animal Farm back in Belgium, but it’s likely he has not yet signed up to stalking gorillas in the Congo.