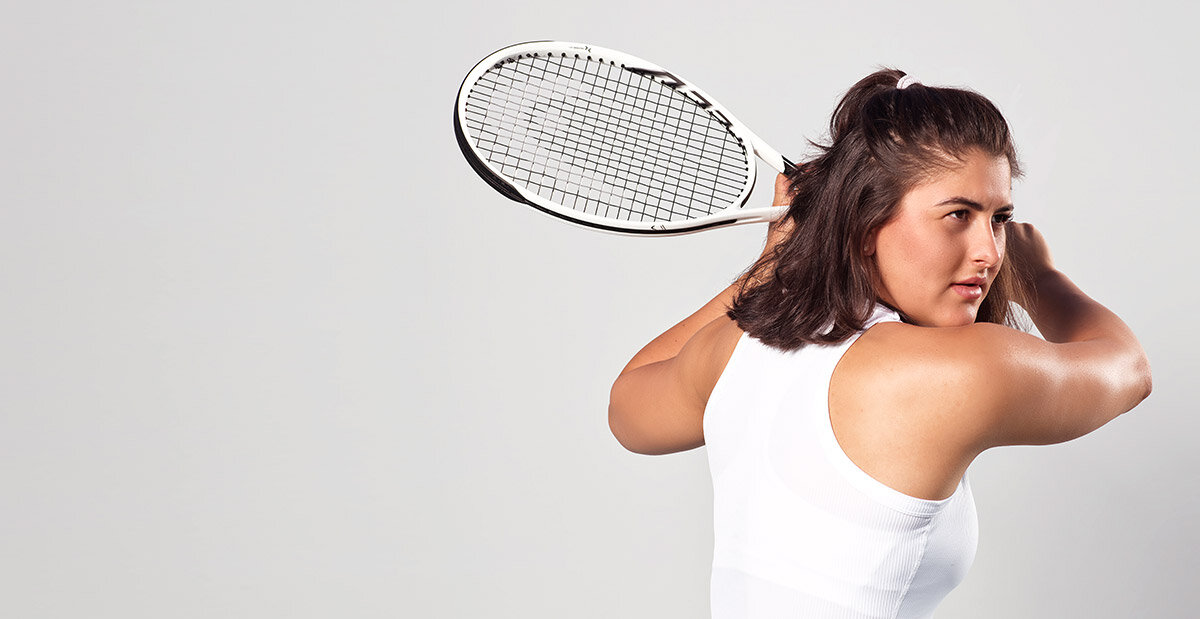 In 2014 Bianca won her first junior titles and ended the season becoming the fourth Canadian winning the under-16 title at the Orange Bowl. 2017 she received a wildcard for the City Open and had her first win at the WTA Tour. In the following match she became the first player born in the 2000s to beat a top 20 player.

This is why Bianca Andreescu is so Special

Canada loves its ice hockey but Bianca Andreescu mania swept the nation after she won the US Open in September 2019. Just how much did the 19-year-old who goes by the nickname of “Bibi” capture the imagination of her home public during her historic fortnight in New York?

How popular is Bianca Andreescu?

“We do a national tracking study with a representative sample of Canadians every September,” said Michael Downey, president and CEO of Tennis Canada, the governing body of Canadian tennis,” and the week after she won the US Open was when we went to field with the research. We didn’t do it waiting for her to win. It just happened to be the field day.

“And nearly 30 per cent of Canadians were following her. Thirty percent! It’s an immense number.”

That is more than 10 million people. “That’s the type of following Roger Federer has,” added Downey. “And Federer has taken 15 years in Canada to get that kind of following. So there’s no doubt she’s taken the country by storm.”

Further evidence came in December when Andreescu became the first tennis player to win the Lou Marsh trophy as Canada’s athlete of the year, voted by Canada’s top sports journalists.

What are Bianca Andreescu’s best shots?

But Andreescu is garnering attention everywhere thanks to her competitiveness, high tennis IQ and pleasing game. “She plays in-your-face tennis,” said 18-time Grand Slam singles winner Chris Evert of Andreescu last year. “I love that aggressiveness. She has such passion in every point. I think that's why she's successful. That's why she's winning tournaments, because she's in the moment every point. With that enthusiasm, she's winning a lot of fans, a lot of popularity. I love that about her.”

Calling Andreescu’s game ‘varied’ is apt. She can rip big serves and groundstrokes while mixing in slices on both the forehand and backhand and deliver sublime drop shots with sidespin. The occasional moonball to throw off opponents isn’t out of the equation, either.

Downey related a conversation he had with Tennis Canada’s vice-president of high performance, Louis Borfiga, who was formerly a key member of the French Tennis Federation’s set-up at Roland Garros. “He told me, every return is a strategic return,” said Downey. “Every return. She’s just not getting the ball over, she’s being strategic in every return she makes. That’s partly why she’s so strong. She has got so many weapons that the opponent doesn’t normally know what is coming back.”

What is Bianca Andreescu’s biggest weapon?

Andreescu herself says her “biggest weapon” is her preparation for matches, which includes both visualisation and meditation. “Just working your mind, because at this level everyone knows how to play tennis, I think,” Andreescu said at the US Open. “The thing that separates the best from the rest is just the mindset.”

Who are Bianca Andreescu’s parents?

It was Bianca’s mother, Maria, who got her into meditation, says Downey. Maria and Bianca’s dad, Nicu, can often be seen in the crowd watching their daughter’s encounters along with another member of the family — pet poodle Coco.

“She’s my rock and always makes me feel better after a tough day!” says the animal-loving Andreescu. “It makes me so happy to look up into the stands and see her sitting with my parents and the rest of my team.”

How famous is Bianca Andreescu’s dog?

Coco, as it turns out, is almost as popular as Andreescu. “Coco is definitely a celebrity,” she says. “She might be just as recognizable as I am these days. People always come up to me and ask to take pictures of Coco or to pet and play with her. She just has a way of bringing people together and brightening their day.”

Andreescu has always been an animal lover. Tennis Canada’s website recounts the story of how she gathered stray cats and dogs in Romania, helped them to better health and found them homes. “I have three dogs and one cat, and my grandmother now takes care of them in Romania,” she says. “One of my favorite parts about going back to Romania is seeing them.”

Where was Bianca Andreescu born?

She was born on 16 June 2000 in the Toronto suburb of Mississauga. The family later moved to Romania, where her parents were from, and stayed for a while before returning to Canada.

When she was seven, Nicu took his daughter to a tennis court in Romania and started hitting with her. And that’s where it all began.

“I was kind of familiar with tennis from watching some legends of the sport play on TV,” she says, “but I’d never had a formal introduction to the sport until that day. I was a very active kid. My parents threw me into a number of different sports and I loved soccer, but tennis was always number one for me. I just love how no two matches are the same and I’m challenged mentally and physically.”

As Downey recollects, Andreescu trained at a private club in Toronto prior to attending camps run by Tennis Canada. “She was on our radar as an early teenager,” said Downey. “I know the coaches saw phenomenal ability with her. And it all started quite frankly with, ‘She’s a very cerebral girl’.”

“I think our coaches say she was very coachable and very trainable at that point in time. If I went back and asked them, ‘Did you think she’d be No 4 in the world when at 19,’ I don’t know what they’d say. But they would have said there’s no doubt she has potential.”

Winning the prestigious junior tournament, Les Petit As, in France in 2014 set her on her way. She recalls playing in front of thousands of people and signing autographs. It wasn’t long before the Romanian-Canadian rose to No 3 in the junior ranks.

Her big breakthrough at pro level came in January 2019 in Auckland, New Zealand. Ranked 152 and going through qualifying, Andreescu beat the likes of Grand Slam champions Caroline Wozniacki and Venus Williams en route to the final.

Why does Bianca Andreescu wear a hair band?

She made waves with her play — but also with a hair band she donned above her right elbow. She had bought some in the buildup to 2019 and the accessory has remained.

Even better days for Andreescu were just around the corner at the BNP Paribas Open in Indian Wells, California — arguably the biggest tournament outside the four Grand Slams. She beat Garbine Muguruza, Elina Svitolina and Angelique Kerber to win her first top-level title after entering the draw on a wildcard.

Injuries derailed her in the weeks after — injuries have been a feature of her young career — but she returned in style by winning at home in Toronto at the Rogers Cup in August.

Who did Bianca Andreescu beat in the US Open final?

Andreescu prevailed in the Toronto final when an injured Serena Williams retired, and then the two met again in the US Open final four weeks later, with Andreescu winning despite squandering a 5-1 lead in the second set.

The Tennis Canada chief Michael Downey was looking on. “Here’s someone who is really beyond her years,” he said. “She’s got a bunch of ingredients that just come together very, very well.”