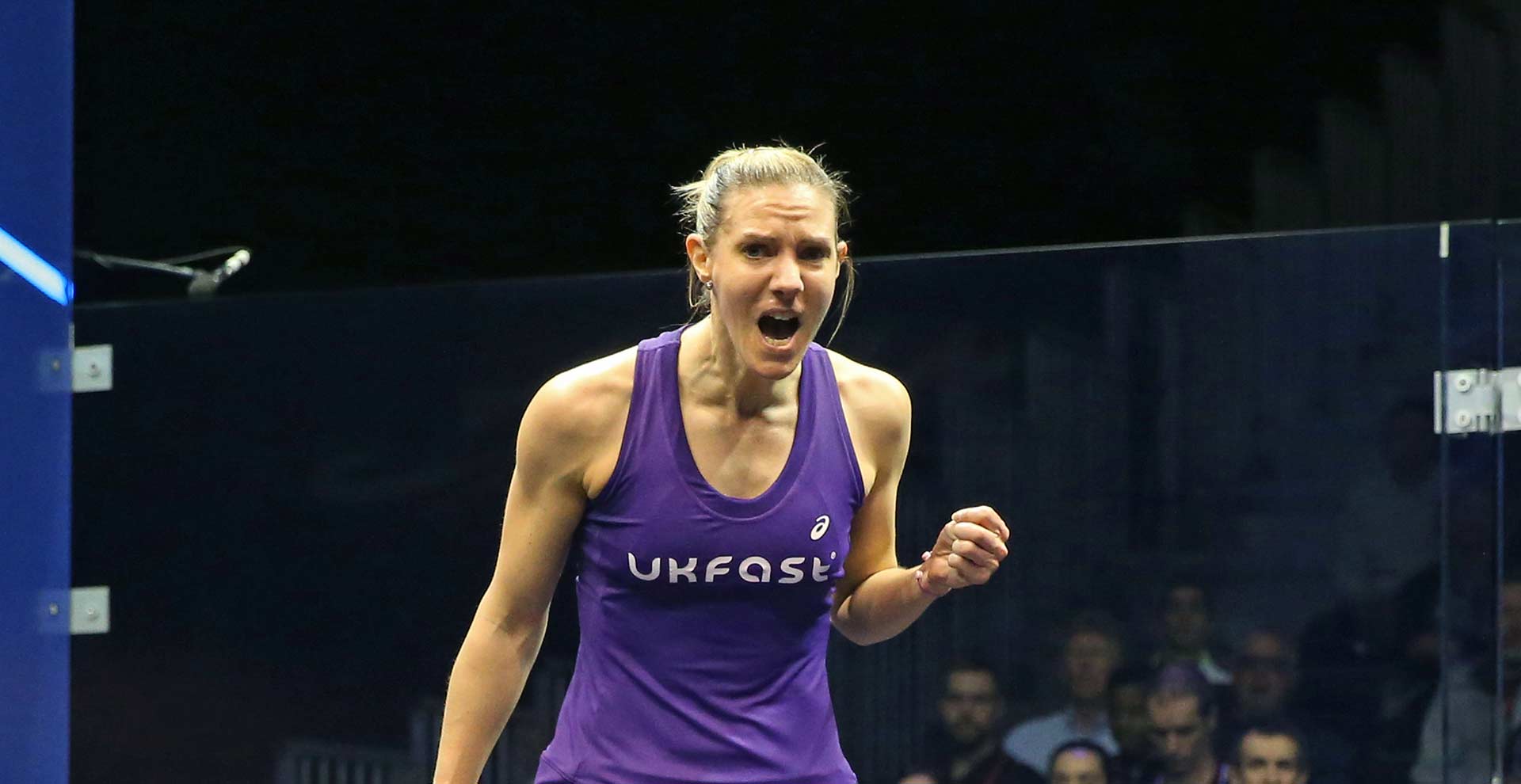 The Wimbledon of Squash

LAURA MASSARO has revealed that the 2021 British Open has brought memories of her greatest triumphs flooding back.

With both those career highs coming in Hull, it is no surprise that Laura has had her memory jogged ahead of this week’s British Open which will also be held in the city at the state-of-the-art University of Hull Sports Complex.

Laura admitted: “As a British player growing up in England the rich history that the British Open presents means that it has always been up there as one of the top two tournaments, along with the World Championships, to win.

“The British Open which I won in 2013 was probably the first I was in any shape to win, in terms of ranking and expectation, and I think having never experienced anything like I did with the home crowd in that tournament.

“Really these were two of the best experiences I have had in terms of my whole career in respect of playing in front of a home crowd and combined with the prestige and history of the British that just made it so special for me.

“Regarding my first win nobody had won a British Open from England for so long and there was very little expectation with Nicol (David) still winning everything at that time and no one really giving me much of a chance but in that unique setting, it was just a great atmosphere and the crowd really got behind me.

“My second British title was also extremely special as I also won one world championship but to get two is always that bit more satisfying and to be able to say I was a two-time British Open champion just added to it all.”

Team HEAD will be well represented at the tournament widely recognised as ‘The Wimbledon of Squash’ because of the history and prestige which make the British Open by far the most longstanding major squash championship.

Laura was positive in her assessment of our leading player’s hopes: “In terms of the HEAD players it was brilliant to see Amanda (Sobhy) perform so well in front of her home crowd in Chicago at the worlds recently, and she does love a big crowd.

“With regard to Joelle (King) it was the same really, she put on a fine performance against (Nouran) Gohar in the quarters in Chicago, but the women’s tour is just very exciting at the moment and in particular it will be fascinating to see how Gina Kennedy does after being given a wild card entry following her fantastic win over Tesni Evans, the World No.11, at the British Nationals.

“In the men’s event Team HEAD’s Paul Coll is seeded three and after his fine run to the semi-finals of the world championships we very much hope he can repeat that at the British this week or go even further! Omar Mosaad will also be hoping to go deep after a good draw.”

Interestingly now the former World No.1 and 2013 world champion has retired from the competitive court Laura has revealed that she has recently made a change in her own HEAD racket of choice.

The double British Open titlist revealed: “I played most of my career with the Radical 135 and it always suited my game as it was a powerful racket, a little bit heavy in the head and that allowed me to create and generate a lot of power with that.

“But towards the end of my career I was just looking for something to speed up my swing and get a little more severity at the front of the court, so I switched to the Speed 135 and now I have retired and I’m concentrating on coaching, HEAD have brought out the Radical 135 X which I have been using in my new role and it really suits my style.

“It’s like a hybrid racket being a mix of the Radical I used and the Speed racket that I finished my career with, it has extra length and it works really well for me.

“You have the benefit of the larger head size which gives more speed, but you also get the weight and the power you got from the Radical, so if you are looking for the best of both worlds then this is the racket for you.”