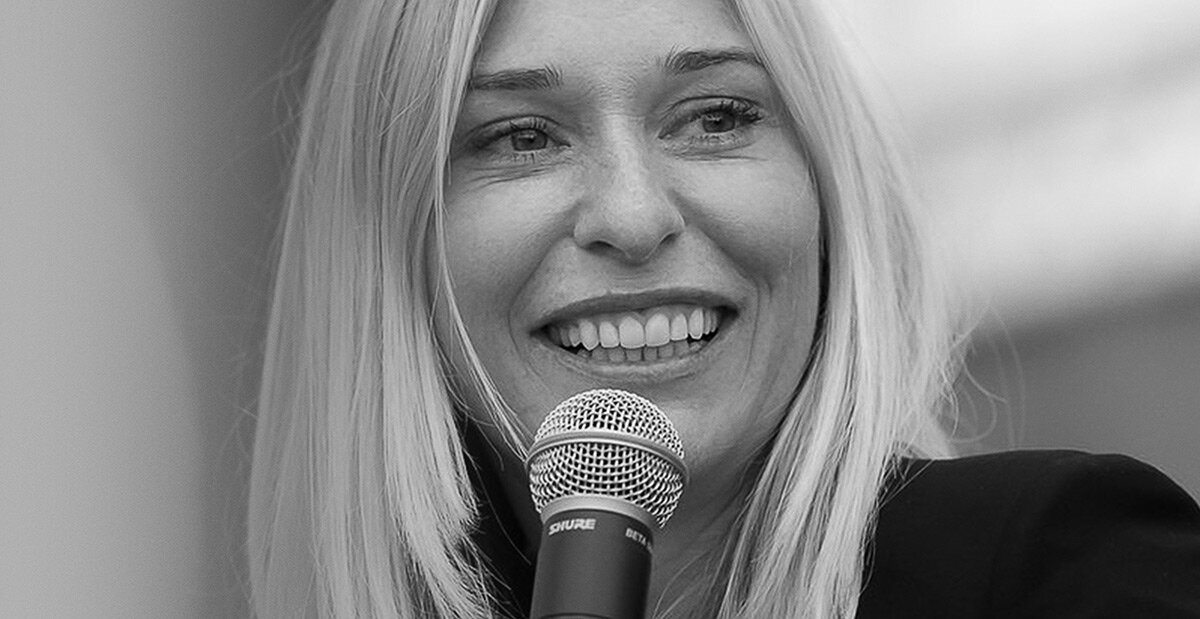 Barbara Schett-Eagle is the highest ranked Austrian tennis player ever, with a career high WTA singles ranking of 7 and doubles ranking of 8. Her WTA debut came early, at the age of only 14, and Barbara captured 3 WTA singles titles during her career (Palermo, Maria Lankowitz, Klagenfurt), as well as 10 WTA doubles titles. Even after her retirement ( 2005 Australian Open), she continues to show her strong passion for the sport: Barbara Schett-Eagle works as an expert and presenter for Eurosport, reporting live from Grand Slam Tournaments in Melbourne, Paris and New York. Besides, she is still a popular brand ambassador representing various brands and companies and is a columnist for an Austrian newspaper.

To today’s younger generation of tennis fans, Barbara Schett is the smiling presenter who chats with Mats Wilander on the European television channel Eurosport. But a little over 20 years ago, Schett was a top-ten player, and is still the most successful Austrian woman to have played the sport.

Always a solid baseliner, in 1999 Schett reached the fourth round of the Australian Open, the third at Roland Garros, the fourth at Wimbledon and topped off her best year by reaching the quarter-finals of the US Open. That took her to a career-high ranking of seven, and allowed her to qualify for the year-ending WTA Championships, played for the final time at New York’s Madison Square Garden.

That year sums up Schett’s playing career. It always took the biggest names to beat her, and her losses in 1999 include two to Steffi Graf, three to Venus Williams, three to Martina Hingis, and one each to Lindsay Davenport, Anna Kournikova and Mary Pierce, all of them playing at the top of their form.

The following year she represented Austria at the Sydney Olympics, and in 2002 she led the Austrian team that narrowly failed to reach the Fed Cup final. Despite Schett’s win over Conchita Martinez on the second day in Gran Canaria, Austria lost the deciding doubles to Spain in three sets.

It’s perhaps no surprise that Austria’s most successful female player should play with a racket from Austria’s most successful tennis company, but Schett’s connection with Head is more than just an accident of geography. “Growing up in Austria I always had a strong connection to Head,” she says, “and I love being connected with an Austrian brand, but the main reason is that the service and the partnership are so professional. I truly believe it’s the best racket company in the world.”

Schett grew up in Innsbruck, a city known more for skiing than tennis, and less than 200 kilometres from Head’s HQ in Austria’s most western city, Bregenz. She was one of the top juniors of her day, and at 17 reached the final of the Australian Open girls singles in 1994. During that run, she was asked about her off-court interests for a profile in the Austrian newspaper Der Standard, which included the quote, “I like reading, in particular novels, but not just anything – it has to be demanding literature.”

That gives an insight into the intelligent but people-loving personality that has made her such a hit on TV since she ended her playing career in 2005. Having started as an occasional commentator with Eurosport, she slipped into a role interviewing the seven-times Grand Slam champion Mats Wilander for the channel’s ‘Game, Set & Mats’ programme in 2015, and has now become such a fixture that the programme was renamed ‘Game, Schett & Mats’.

In 2007 she married the Australian doubles specialist Josh Eagle, and she spends most of her year living in Queensland with their 11-year-old son, Noah. She still plays a few exhibition matches, and always takes up her invitation to the Wimbledon legends event. For much of her work she uses the name Barbara Schett, but is also happy to be Barbara Schett-Eagle.

Looking back on her playing career, she says, “I’m proud of what I achieved. I competed against the best players in the world at such a high level for many years, which has made me the person I am now. Tennis as a sport has given me so much – I still feel so privileged to be involved in a discipline which has given me everything. I love the variety of work I do in tennis, and it never gets boring.”