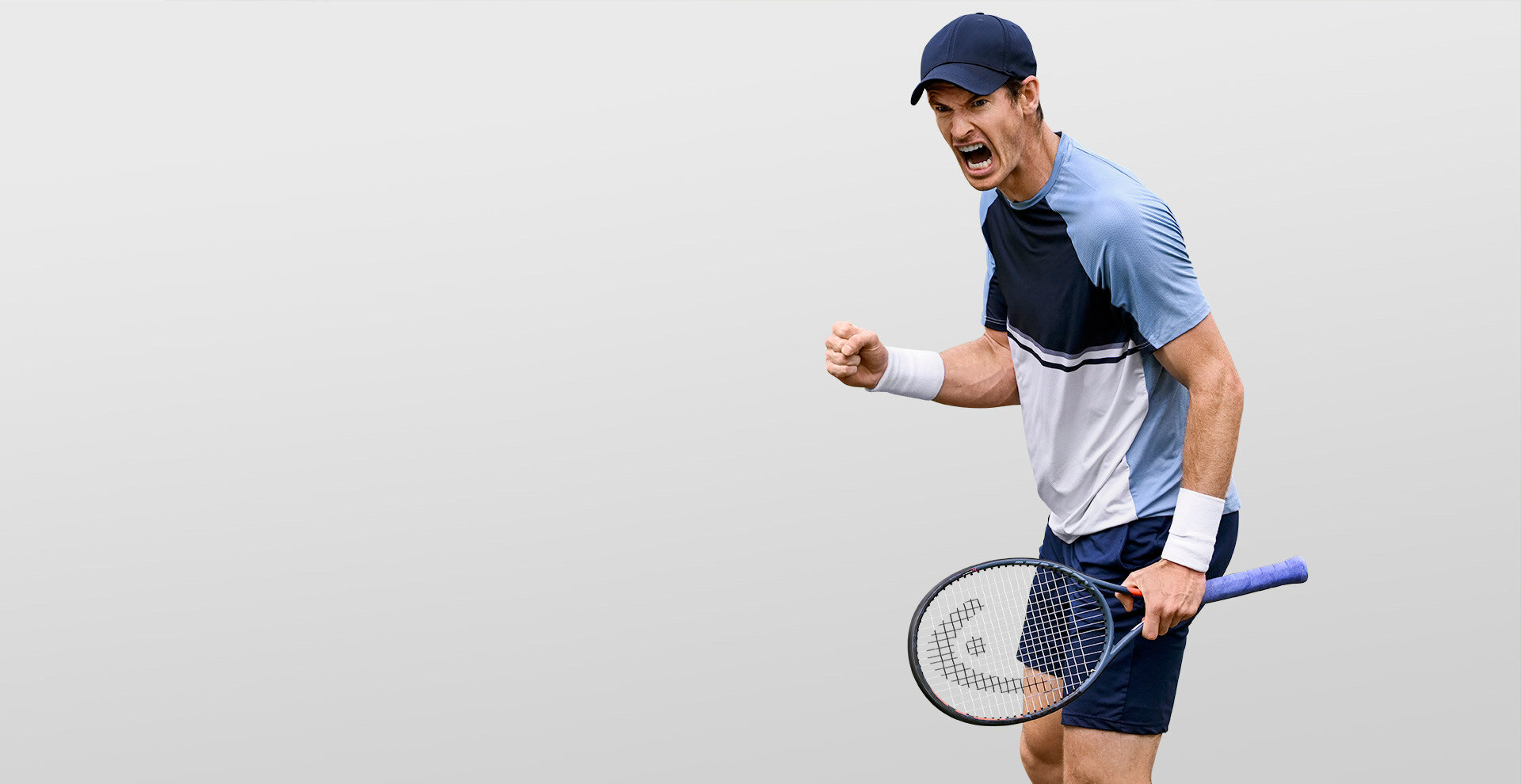 In a poll of tennis fans, experts and historians from around the world taken in 2022, Andy Murray’s Wimbledon title in 2013 was voted the “best moment of national pride” in modern tennis history. It was also one of the most nervous moments in sport.

Andy Murray had reached match point a thousand times before but this was different – as different as a match point could be. So different that it would re-write history. For 77 years, the British had despaired of finding a men’s singles champion to succeed Fred Perry who last won Wimbledon in 1936. So different it would change Murray’s life and turn him into a sporting icon. This was no ordinary match point. And his trembling arm, trying control his Head Pro racket, told him so.

It was Wimbledon men’s finals day on a cloudless Sunday in July 2013, and it was the fourth match point that jangled the nerves of the would-be champion; not to mention the 15,000 inside Centre Court and watching on the big screen on the hill behind the stadium. The score stood at 6-4, 7-5, 5-4 to Murray as he tried to overcome Novak Djokovic, his boyhood rival and world No 1. Three match points had disappeared in a flash when Murray had led 40-0 and been pulled back to deuce. Now the test of nerve reached almost impossible heights.

Djokovic had led 4-2 in the second and third sets, only for Murray to break back, stepping into service returns to put Djokovic under pressure. Those tactics earned him another break and left him serving for the title. A blonde girl held up a sign saying “Let’s make History!” He was about to.

But not just yet. On their television screens from Perth to Portsmouth, the British held their breath. Groans had greeted the three missed opportunities at 40-0, and screeches of horror followed as Djokovic gave himself break back point with a great half volley drop shot that hit the top of the net and trickled over. But Novak ruined his chance with a forehand that flew long, revealing nerves of his own. The margins were minuscule.

So to match point No 4. The nation waited, Murray looked down at his hand and admitted later “it was shaking pretty violently”. Murray served to the Djokovic backhand. The return was looped and seemed to be going long – so much so that a stifled yell erupted around the Centre Court. But the ball fell just inside the baseline. Murray went back to the backhand. Djokovic put his two-hander into the net, and the roar could probably have been heard at Buckingham Palace – a future destination for the boy from the north of Scotland.

A look of shock and wonderment came across Andy’s face as he dropped his Head racket, ripped off his cap and covered his eyes in astonishment. He had done it. He was Wimbledon champion – the first man from the host nation since before the second world war. History was made and re-written in a landmark moment for British sport.

In many ways, it was a logical conclusion. Had Murray not played in the same era as arguably the three greatest players of all time, he would almost certainly have won more majors, and won his first well before his US Open title of 2012 and Wimbledon title of 2013.

Murray was clearly a good enough grass court player to win Wimbledon and had proved it 11 months earlier in another moment of high emotion when he beat Roger Federer to win Olympic gold on that same court. It was a triumph that assuaged the disappointment of having lost to Federer three weeks before in his first Wimbledon final.

But what does logic have to do with it when a great player and a nation join together to chase an elusive dream? The possible had always seemed impossible for British men who, through the unfolding post-war decades, had never come close to emulating the Wimbledon triumphs of three British women: Angela Mortimer, Ann Jones and Virginia Wade.

If winning consecutive Olympic gold medals in singles in 2012 and 2016 were special moments for a man who relished participating in sporting history, the other great highlight which endeared him to British fans was the dominant role he played in helping Great Britain win the Davis Cup for the first time since 1936. In the 2015 final, he won both singles and the doubles in partnership with his brother Jamie against Belgium in Ghent. One could imagine Fred Perry wearing a wry smile in the afterlife. Murray had replaced Perry as the last Briton to win Wimbledon, and now he had repeated the feat in the Davis Cup.

The Murray story began in Dunblane, a small town around 50km north of Glasgow. Despite his parents’ divorce when he was 10, Andy and his elder brother Jamie had a happy childhood, marred only by a horrific school shooting which occurred when both were in class at the Dunblane Primary School in March 1996. Sixteen students were shot dead as well as one teacher. Andy does not like speaking about it and rarely does.

At 15, his mother Judy, who had been coaching her boys, took the daunting decision to send Andy to the Sanchez/Casal Academy in Barcelona. The overall cost of $60,000 inevitably put a strain on the family budget, but endless hours on red European clay helped lay the ground for enduring long rallies. The gamble paid off. Sooner than he might have expected, Andy was able to put financial concerns behind him. By 2022, he stood fourth on the all-time money earner’s list on the ATP Tour with over $62 million (behind Federer, Nadal and Djokovic).

Murray’s rivalry with Djokovic dates from junior days, and while Djokovic has generally got the better of Murray in major finals, Murray – a week older than Djokovic – triumphed against his rival in the 2012 US Open final, the Wimbledon final of 2013, and the final of the ATP Finals in London in 2016 in what was a straight decider for the year-end No 1 ranking.

Earlier in his career, Murray had several different coaches, but in 2011 he began the first of three spells with Ivan Lendl. His three Grand Slam titles and two gold medals were won with Lendl in his corner, and 2016 saw the Scot’s most consistent period. He reached the final of the Australian and French Opens, won Wimbledon for the second time, and embarked on a winning spree in the latter months that brought him titles in Tokyo, Shanghai, Vienna and Paris before concluding this backbreaking run of success with the ATP Finals title.

But it wasn’t the back that cracked. It was the hips. By the middle of 2017 he could barely move on a tennis court, and two operations left him with a metal pin implanted in his right hip in 2019. That year he said he was close to retiring, but he has since embraced a slow but steady resurgence which saw him pick up a 46th career title in Antwerp in late 2019 and reach a 69th final in Sydney in early 2022.

As a person, Murray continued to grow and, with his embrace of feminism (his appointment of Amélie Mauresmo as his coach in 2014 was ground-breaking) and the support he gave all British players no matter how low their ranking, his popularity burgeoned. Declared a Knight of the Realm by Queen Elizabeth in 2017 (which means technically he should be formally addressed as “Sir Andrew”, not “Mr Murray”), Murray’s standing as Britain’s most admired athlete is secure.

In April 2015, Andy married Kim Sears at the magnificent Dunblane Cathedral, and the couple now have one boy and three girls. They have dogs, too, rounding out a family that will occupy ever more of Andy’s time when his remarkable comeback on the tour one day comes to an end.