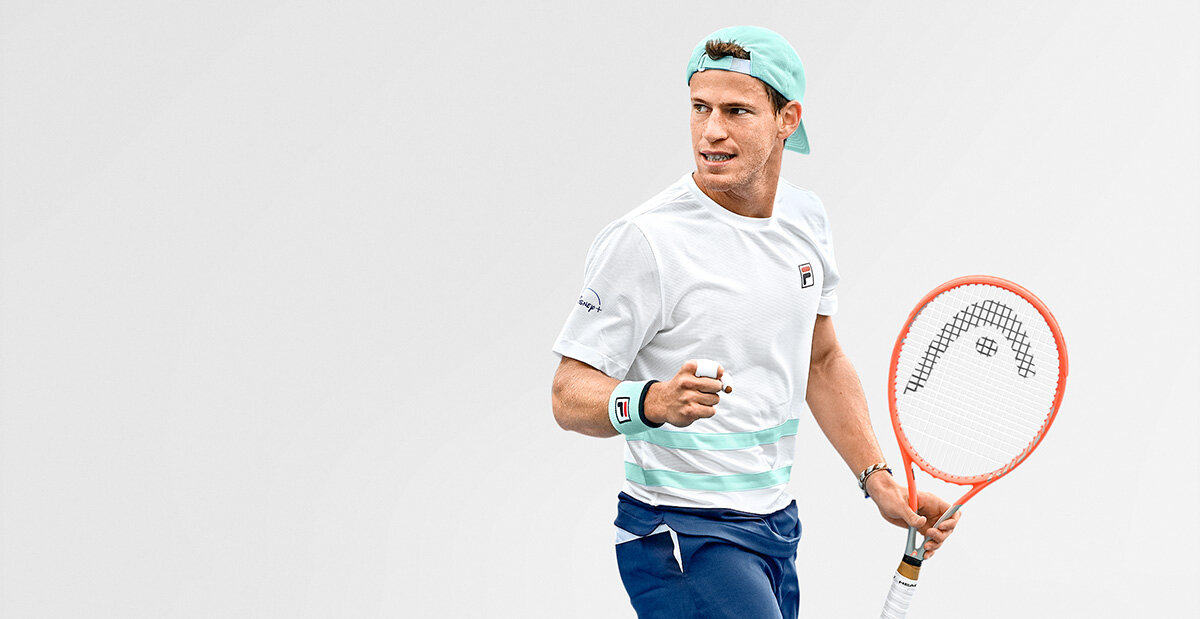 Diego Schwartzman is the great-grandson of an escapee from a train bound for a Nazi concentration camp, so he knows all about struggles. Today his task is to overcome being one of the smallest guys on the tour.

Diego Schwartzman was just 11 years old the last time a man less than 1.83m (6ft) tall won a major singles title. That was back in 2004 on a remarkable June afternoon in Paris when Gaston Gaudio recovered from losing the first eight games of the final against fellow Argentinian (and 1.75m) Guillermo Coria to overcome the devastated favourite in five sets.

One can imagine what a huge impression that must have made on the diminutive Diego, not only seeing two of his compatriots, just slightly taller than himself, battle it out for the holy grail of clay court tennis at Roland Garros, but also how the underdog was able to turn around the greatest match of his life after a such a woeful start. Never give up!

Two years later, though, when a doctor told him he would never grow taller than 1.70m (5ft 7in) Diego was also left distraught and ready to give up on his dream of playing professionally. But his parents, Ricardo and Silvana, whose thriving clothing and jewellery business had fallen on hard times due to government restrictions, refused to let their youngest of four children become disillusioned, impressing upon him that his lack of height should not stop him pursuing what he yearned for.

Born in Buenos Aires in 1992 and baptised in honour of former football superstar Diego Maradona (1.65m), who led the country to World Cup glory in 1986 and who currently manages the national team, Schwartzman, like most Argentinian boys growing up then and now, was fanatical about the global game from an early age. But the young Boca Juniors fan gradually realised that he hit a ball better than he kicked it and that in tennis most things relied on him rather than those around him, which he preferred.

So although the family’s financial constraints were undoubtedly a considerable obstacle standing in the way of his individual pursuit, the Schwartzmans found ways to scrape enough money together to enable it to develop. For example, between his matches at junior tournaments, Diego sold rubber bracelets made by his mother, which bore the names and logos of popular football teams, to pay for travel expenses, including flights to other South American countries.

Tough solo trips to foreign tournaments made him homesick, but like other players who emerged from disadvantaged backgrounds they were part of Diego’s path, toughening him up as a competitor for the professional journey to come. He was also keenly aware that such struggles paled in comparison with those of his recent ancestors, not least his maternal great-grandfather, a Polish Jew who had escaped from a train bound for a Nazi concentration camp during the Holocaust and eventually managed to sail across the Atlantic with his family to start a new life in Argentina.

Although Diego never became a top junior, by the time he was 16 he was making enough of an impression to attract financial support to help him not just with travel costs but also in hiring a coach and fitness trainer. In 2010, despite losing in the first round of qualifying for the US Open, the only junior Grand Slam he ever played, he turned pro and won his first Futures title in Bolivia.

Over the next two years a further seven Futures titles came his way, all on clay, and when he stepped up to the Challengers, after winning his first title at that level back home in Buenos Aires, he was similarly successful as he continued to develop his aggressive baseline game-style. Strong groundstrokes off both wings, combined with his speed around the court plus an ability to take the ball on the rise, enabled him to attack opponents as well as counterpunch against them, and as he started to mix it with the world’s best his return game stood out.

Although he lost his ATP debut match to compatriot Horacio Zeballos in three sets in February 2013, his first ATP win came later that month in his home town against the Brazilian Thomaz Bellucci, who was ranked 128 places higher than Schwartzman at 38th. A week later, Diego had his first tilt with Rafael Nadal in Acapulco, and after consolidating his game over the next year he won his grand slam debut at Roland Garros against fellow qualifier Gastao Elias, before showing further promise in a defeat by Roger Federer.

That enabled him to break into the top 100 for the first time, and although he lost his first match at that year’s US Open to world No 1 Novak Djokovic, also in straight sets, he ended the season at 61st in the rankings by winning the ATP Challenger Tour Finals. A member of the Argentina Davis Cup team which reached the semi-finals in 2015, he claimed his first ATP singles title the following year. That was in Istanbul, where he beat four superior ranked players, the last three all from a set down, including the second seed Grigor Dimitrov in the final.

Each year since then, Schwartzman has bettered his end-of-season ranking. He has picked up two more singles titles, established himself in the world’s top 20, notched up seven top 10 wins, taken sets off all of the Big Three, and reached three grand slam quarter-finals, two of them in New York. But arguably one of his greatest wins came back at Roland Garros in the fourth round in 2018 when he recovered from a two-set deficit for the first time in his career to win in five against the towering South African Kevin Anderson. Diego described it afterwards as one of his ‘most emotional matches’, and as his career continues its upward trajectory in a sport played by so many Goliaths, we can expect plenty more of them from ‘Peque’ (‘Shorty’) whose big heart rather than his lack of height truly defines him.