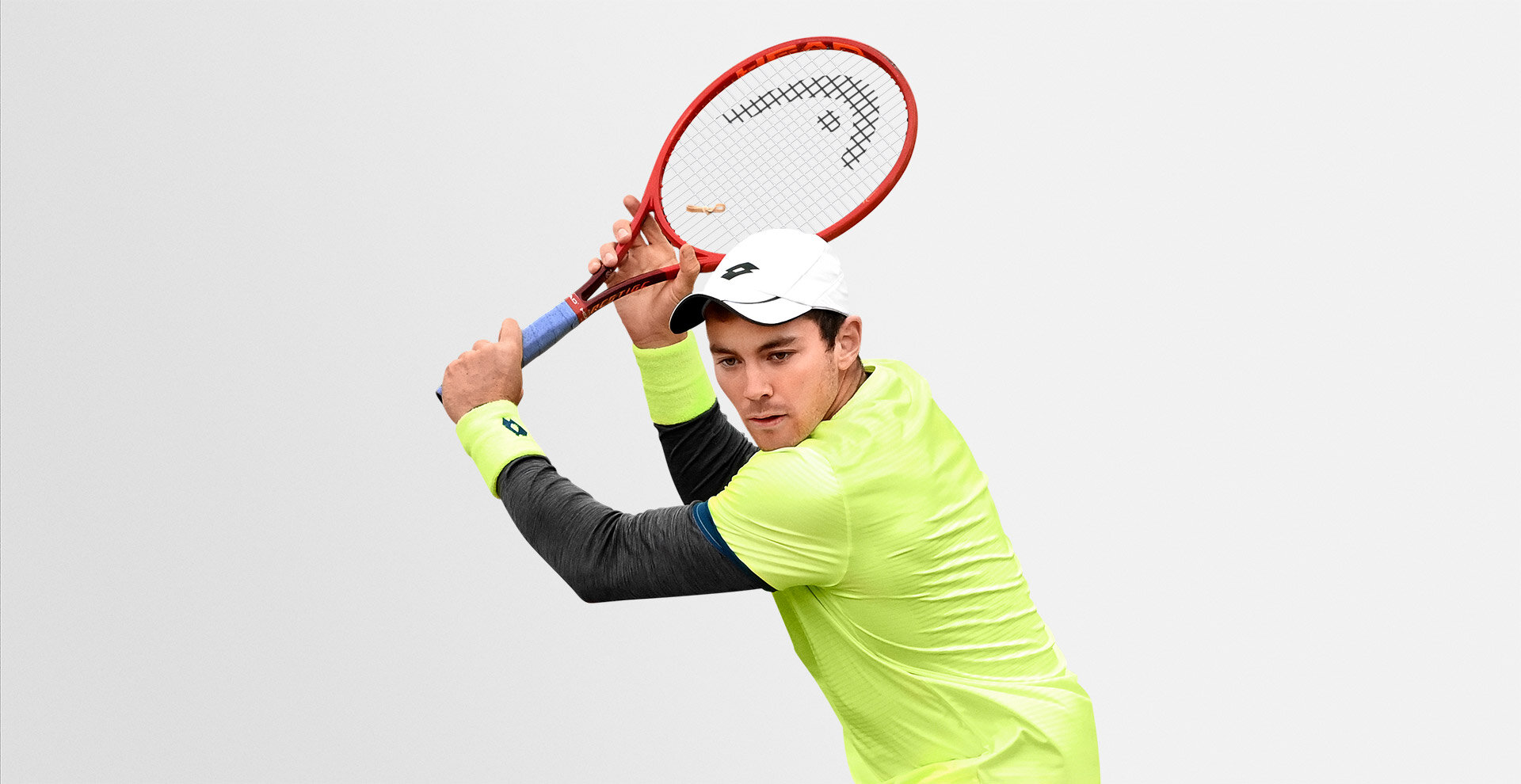 Dominik Köpfer* is not your average tennis pro. For a European player to graduate from high school, then head to the USA to play college tennis is an unusual route to say the least, but that is exactly what the 26-year-old German chose to do.

In 2012, having just turned 18, he swapped the town of Furtwangen in the Black Forest for Tulane University in New Orleans, where he went on to graduate in business – not bad for someone who, by his own admission, was “the German guy who couldn’t speak English during his first two weeks at college.”

“I didn’t play in any ITF junior tournaments and didn’t have a ranking, and my (club) coaches happened to know the coach at Tulane University,” Köpfer explained in an interview in 2020. “It was an easy enough decision, as it was pretty much the only offer I had! I didn’t have an official visit to the college. The coach came over to Germany for three or four days, watched me play, and in August I was off to New Orleans.”

The first couple of years were tough, settling in and learning the language and also suffering from glandular fever in his first semester, but the move turned out to be a good decision. The left-handed Köpfer became the stand-out player for the “Green Wave”, as the university team is known. By 2015, he had become USTA/ITA National Intercollegiate Indoor Champion, following in the footsteps of MaliVai Washington, Todd Martin and James Blake. That success also gave him the impulse to move to Tampa, where he has been living for the past five years, and kick off his career as a pro.

His breakthrough came in 2019, at the unlikely location of Ilkley in northern England. At the ATP Challenger tournament there, he made it to the final, and two hours before the match, he learned that the winner would receive a wildcard into the main draw at Wimbledon. “I was up against Dennis Novak,” Köpfer recalls, “and hardly got a look-in in the first set, but I managed to turn it around in the second. In the third, he had a match point at 4-5, 30-40 on my serve but messed up his shot. Then it came down to a tiebreaker, with a place at Wimbledon up for grabs. That’s what happens sometimes – it all comes down to a few points.” A fact illustrated by Novak, who fired a ball into the crowd and smashed his racket repeatedly into his foot after the Ilkley match point.

Those points went the way of Köpfer, who went on to defeat Filip Krajinovic in the first round at Wimbledon just over a week later. His game went to the next level later that summer when he worked his way through the qualifiers at the US Open and all the way into the second week. Wins over Jaume Munar, Reilly Opelka and Nikoloz Basilashvili (his first victory over a top-20 player) saw him through to the last 16, where he took the first set off the eventual finalist Daniil Medvedev.

“The most important part (of that run) was the belief that I can hang with the top guys,” he told ATPtour.com. “Getting the win in Ilkley helped a lot – believing in my game, my skills, in my serve, in my coach (Rhyne Williams). He sees the game really well. He’s been there too, he’s also been a bit crazy on court, so he’s been helping me with that!”

Williams’ influence helped Köpfer make it to his first ATP Masters 1000 quarterfinal in September 2020, seeing off Alex de Minaur, Gael Monfils and Lorenzo Musetti before pushing Novak Djokovic to three sets in Rome. The hope was to push on to greater things at the 2021 Australian Open, but he had the misfortune to run up against the most recent hard-court Grand Slam-winner in Dominik Thiem in the second round – a player he had trained with the previous year in Melbourne.

The Austrian paid a tribute of sorts to Köpfer. Describing their encounter as “a tough match”, Thiem added, “He was so motivated at the start and came out all guns blazing.” But a lack of focus after failing to take two break points at 3-2 in the opening set scuppered Köpfer’s chances. “I thought I did an OK job going into it, then just ran my mouth off for the next two-and-a-half sets,” he said in a frank admission after the match. “It doesn’t help, wasting energy being annoyed at myself. But I’m learning a lot from it and hopefully doing it better next time.”

Köpfer will have to channel what he has learnt over the years – on the court and off – to take his game to the next level.

* Köpfer is the German spelling; the English-speaking world generally uses the spelling Koepfer