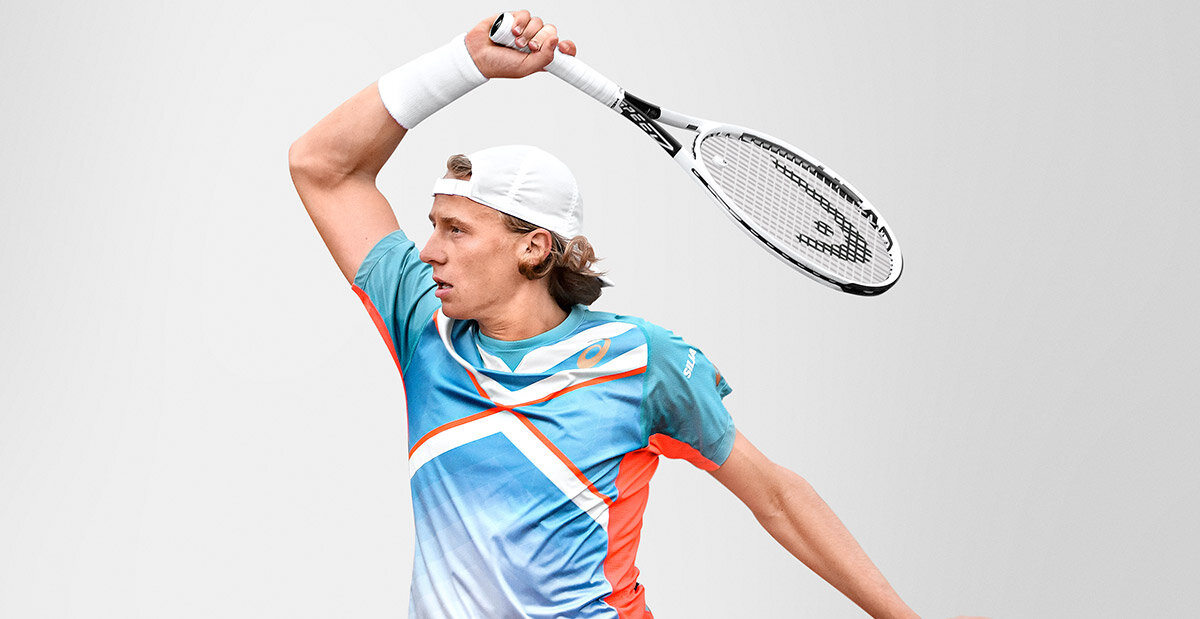 Finland has produced some outstanding international sports stars, but very few in tennis. That might be about to change in the form of Emil Ruusuvuori.

Finland has produced some outstanding international sports stars, but very few in tennis. That might be about to change in the form of Emil Ruusuvuori.

When Emil Ruusuvuori beat Aljaz Bedene 6-1 in the fifth set to reach the second round of the 2020 US Open, he had reached two important milestones in two weeks. A week before, the 21-year-old Finn had broken into the world’s top 100, and the win over Bedene was his first ever main draw victory in a Grand Slam tournament. It will probably go down as the first of very many.

Those milestones came at a good time for Ruusuvuori, as the coronavirus shutdown of 2020 could hardly have come at a more frustrating moment. After playing in Dubai at the end of February, Ruusuvuori was at his career-best position of 101 in the world rankings, just one tantalising place short of the top 100, but that proved the last week of competition on the ATP tour as the tennis circuit ground to a halt. With the rankings subsequently frozen, Ruusuvuori had to wait nearly six months before having another chance to take his place among the world’s elite.

Once tournaments resumed, however, Ruusuvuori was up to 100 in the first week after the restart, and by mid-September he was up to 91.

Ruusuvuori’s breakthrough came after two years of strong progress, albeit on a limited playing schedule. In January 2019 he was ranked outside the world’s top 400, but 13 months later he was starting to make his mark on the main tour. What makes his progress all the more impressive is that he comes from a country with a population of less than six million and without any great tennis tradition.

Finland has produced some outstanding international athletes, notably in ice hockey, skiing, athletics and motor sport, but world-class tennis players have been rare. Jarkko Nieminen reached a career-high singles ranking of 13 in 2006, and Henri Kontinen became the first Finn to claim a Grand Slam title when he won the 2017 Australian Open men’s doubles alongside John Peers.

Nieminen has been a significant figure for Ruusuvuori, who grew up idolising the player who has won more Davis Cup rubbers than any other Finn. At 13, Ruusuvuori went to train at the Helsinki academy which Nieminen founded in partnership with the Italian Federico Ricci, who has been Ruusuvuori’s coach for more than seven years.

Ricci says Ruusuvuori has had to learn a different mental approach to what comes naturally to most Finns. ‘They are relaxed people, quite chilled,’ Ricci said. ‘It takes time to build a mentality. Finland has not had many successful tennis players, so sometimes you have people around you who talk but don’t really know what they’re talking about.’

Ruusuvuori was playing badminton in a sports hall with his mother when he was spotted by a tennis coach who suggested the five-year-old should try a different sort of racket. Having taken quickly to tennis, Ruusuvuori went on to enjoy a fine junior career, climbing to fourth in the junior world rankings and reaching the boys’ singles semi-finals at the US Open.

The transition from juniors to the full tour is always challenging, but everything clicked for Ruusuvuori in summer 2019 as he won four Challenger titles in five months, including one in his home city of Helsinki. ‘It was amazing to win the tournament which was organised by my own tennis club, HVS-Tennis,’ Ruusuvuori told the ATP’s website. ‘My whole family, parents, sister and brother were here every day and also a lot of friends.’

Helsinki was also where Ruusuvuori enjoyed what he described as ‘the best day of my career’, when he beat Dominic Thiem in straight sets in a Davis Cup tie. A proud Nieminen, Finland’s captain, told the Davis Cup website Ruusuvuori had been ‘convincing from start to finish’ against Thiem.

By the end of 2019 Ruusuvuori found himself practising with Rafael Nadal after going to the Spaniard’s academy on the island of Mallorca to do his off-season training. ‘It’s something really different, the way he hits the ball and how he keeps the practice so intense,’ Ruusuvuori told ATPtour.com. ‘It’s something I’d never experienced and it’s one of the best memories I have on the tennis court.’

Armed with his Head racket, Ruusuvuori’s game is based on a strong forehand and a damaging serve. ‘His baseline game overall is good,’ Ricci said. ‘He has very good timing. He likes to take the ball early, and he likes to control the point. His forehand and serve are his best shots and his backhand is extremely solid.’

After a promising start to 2020, highlighted by his first appearance in the main draw of an ATP tournament, Ruusuvuori had to focus on practice through the shutdown, though his coaching team were all on hand to help. ‘In Finland there was a very soft lockdown,’ Ricci says. ‘You could train and facilities were open. Gyms were closed but we were able to do quite a bit outdoors in terms of physical training.’

Ricci also took the opportunity to work on his charge’s tennis education. ‘Since we had a lot of time, he gave me classic matches to watch from Agassi, Sampras, guys like that,’ Ruusuvuori told the ATP website. ‘We tried to look at things they did, what the best guys do to try to get a couple of points that you could try to get into your game.’

A combination of the 2020 shutdown and illness meant Ruusuvuori did not play as many matches in 2019-20 as his coach would have preferred. ‘In 2021 I would like him to be able to play a full season, maybe 28 to 32 tournaments and 70-plus matches at ATP level,’ Ricci said. ‘It’s a very challenging goal, but that’s the hope.’

That would mean less time for Ruusuvuori to indulge his passions for fishing, playing the drums or watching ice hockey, but Ricci believes the benefit can come in the shape of his world ranking. ‘I think getting into the top 50 is definitely an achievable result for him in 2021,’ the Italian said.