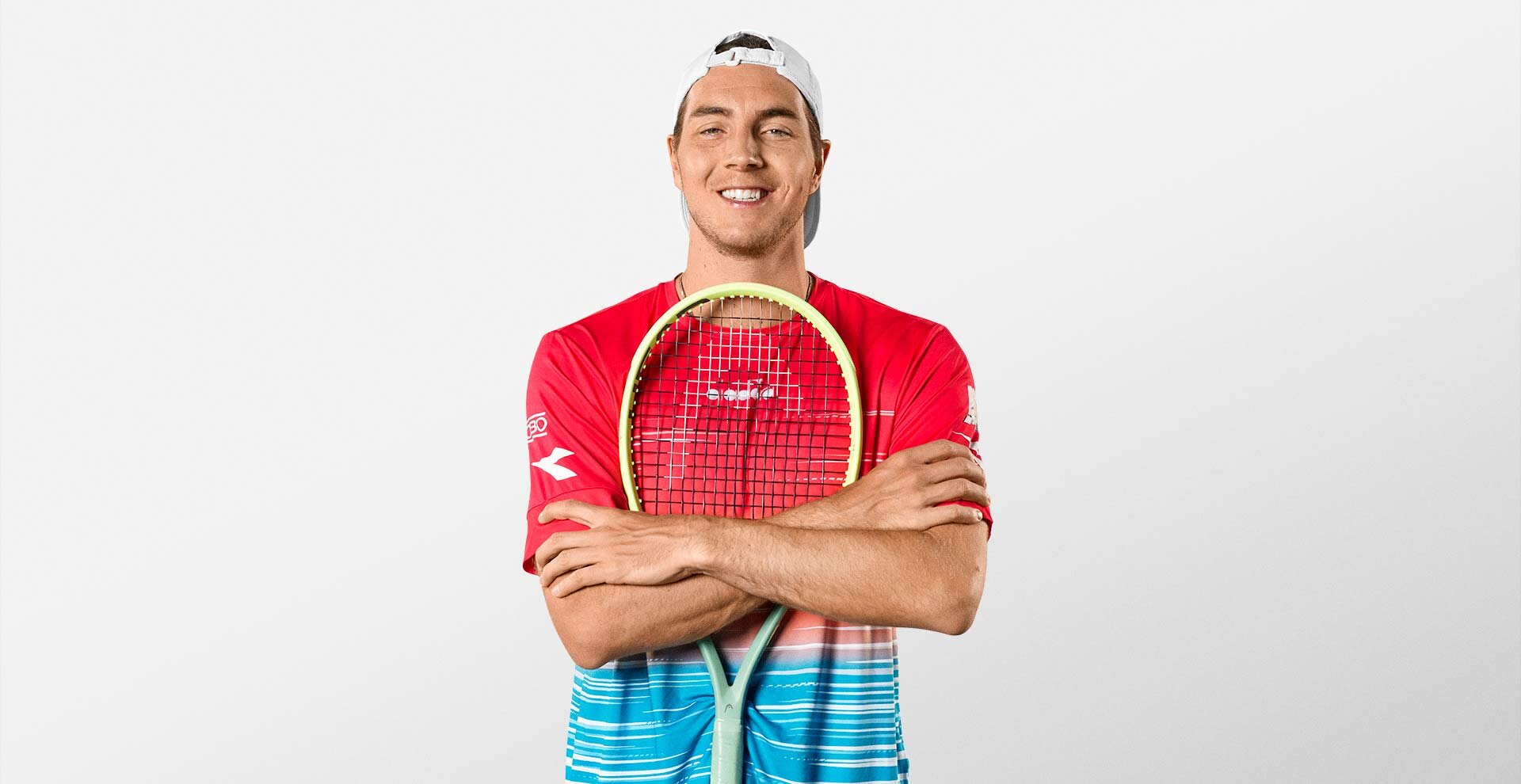 Jan-Lennard Struff – or ‘Struffi’ as he is known to most around him – is one of the more shy players on the professional tennis circuit. But beneath his quiet and reserved exterior lies a caring and principled person who very much wants to give back to those who have supported him.

It is tough to get much out of Jan-Lennard Struff, but he is very much a case of still waters running deep. Since breaking into the world’s top 100 after the 2016 French, he has not been out of it, but it was only last year that he made inroads into the top 50, almost breaking the top 30. Yet not a lot of people could tell you much about the 30-year-old German.

That’s because he is a quiet and reserved man; certainly not arrogant but definitely shy. And when he does one day hang up his Head Extreme rackets, he would like to be remembered as a good person and as a player who was a fighter, but most importantly he hopes to have stayed true to his beliefs and himself and gave all he had on court.

His parents, Martina and Dieter, both tennis coaches, gave him a lot of advice, but what stays in his mind most was them urging him to ‘never give up, always keep fighting for your dreams.’

‘I am quite an introverted person,’ he says, ‘but I am also determined and ambitious and committed to tennis and sports and to my family. I love the game, but I also try to be kind and respectful to everyone. My parents never put any pressure on me to be a player. When I was little, I got a badminton racquet and early on I would be hunting a balloon through the house.’

He started playing tennis at six but he was also a huge football fan and in particular for his nearby club Borussia Dortmund, a following that continues to this day, indeed a dream of his would be to switch places with a footballer.

However, as he grew up tennis was the focus. He would wake up early on winter’s mornings to watch the Australian Open on TV before going to school. He admits, with a sheepish smile, there were many times he would be late for the start of the school day because he would be so engrossed in matches.

The hot sunny Australian days were appealing as they were beamed across the world to a boy in wintery Germany who would then rush home from school to watch the end of the night sessions from Melbourne.

It was a no-brainer what he wanted to do when he left school. He was encouraged to go to university, but his mind was made up although. And those words of advice from his parents about fighting for your dreams came to the forefront.

His junior years brought limited success, but the ambition still burned brightly. He admired Pete Sampras above all – his serve, his aggressive play, his volleying, and armed with it all he ventured on to the tour.

‘It was tough, really tough and it took all my commitment and focus to remain steady,’ Struff said. ‘I am really proud of my journey so far and I am still trying for more. Every player starts from zero and many players don’t make it. I’m really pleased all the hard work I put in made me reach a lot of aims and hopefully helps me to reach more.

‘You have good memories and bad memories, but you learn from all. It is a process and I am happy with that. I’m very committed and have a vision for what I can achieve. Hopefully, I can do some more great things steadily in the next years.

‘Tennis is a tough sport, it’s a hard fight. We are travelling 11 months of the year – normally – with just short breaks, but I don’t want to stop here.’

In 2014 he ended the year inside the top 60 for the first time, but then injuries saw his ranking drop below 100. As he suggested, he steadily made in-roads and in 2019 reached his career high ranking of 33 and for the first time reached the second week of a major, on his favoured surface at his favourite tournament, the French Open.

Former player Carsten Arriens is his coach and has helped bring Struff out of his shell. No longer does he just accept suggestions, he questions them.

Struff said: ‘He is able to push me. We talk a lot and he brought many different aspects and shows me new ways to do things. I have improved as a tennis player and as a person as well. He not only helped me find my way on court, he helped me get a clearer version of myself. He taught me commitment and aiming for a good mindset.

‘Helping to make it come together are my Head rackets. It’s comfortable using them, they help me control the ball and they give me much more feedback and control in my shots without losing power in my game.’

The suspension of the tennis tour for five months in 2020 because of Covid-19 has allowed many of the sport’s road warriors to take some time out to smell the roses. For Jan-Lennard Stuff, that has meant spending more time with his one-year-old son Henri, who he describes as the sun that shines for him.

‘He changed a lot for me,’ Struff said. ‘Being responsible for a small kid is a challenge which I love to have. Trying to give him everything that can fulfil his dreams in the future is what I want to do. I can’t live without my kid. Henri is another joyful moment in my life.’

What his parents gave him, ‘Struffi’ is determined to pass on to his child, and to keep developing his dreams. Certainly, he has had to reset goals and aims, so what are his goals now? ‘I’m keeping them to myself,’ he says with a gentle smile.