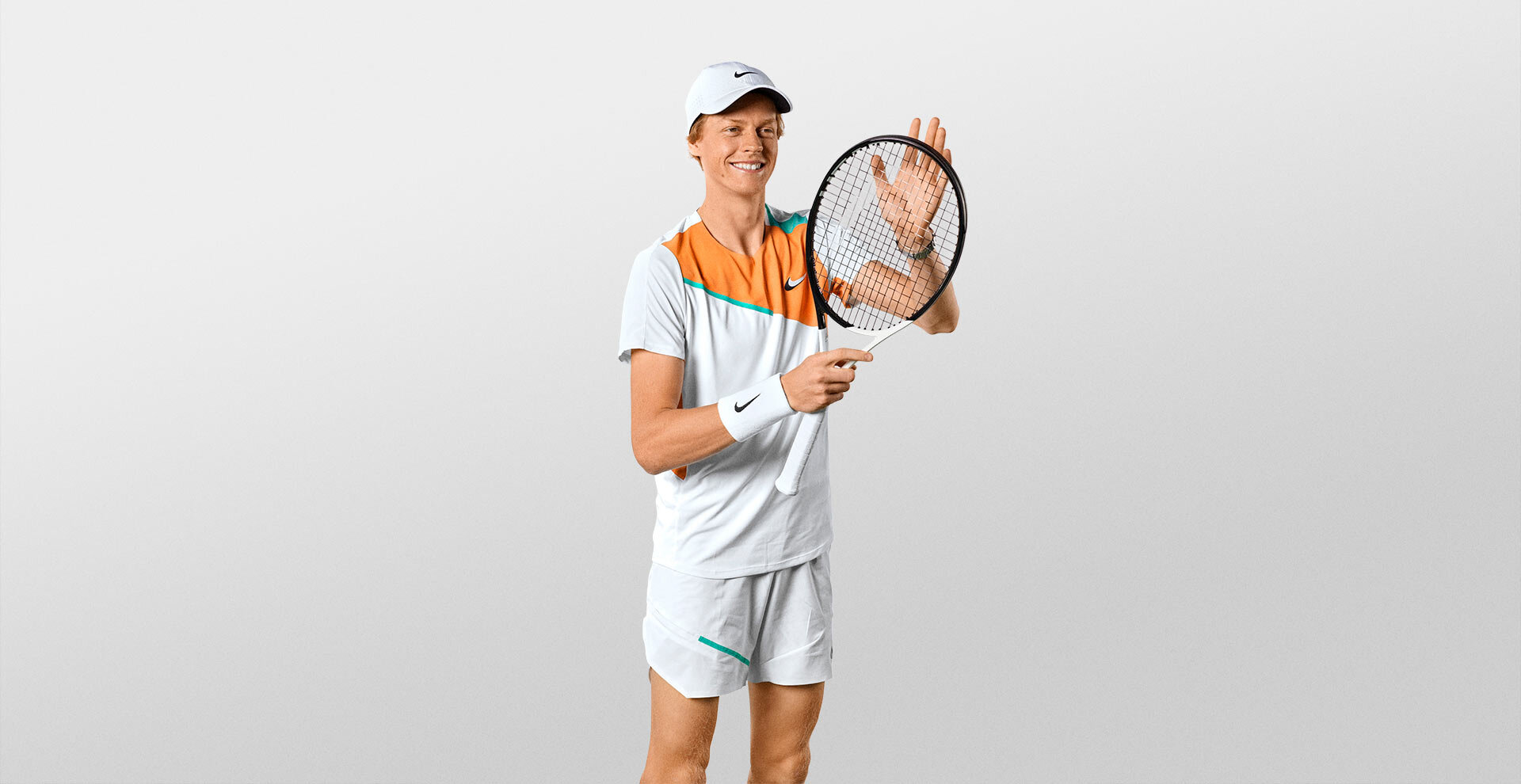 Jannik Sinner: from junior ski champ to the next best thing in tennis

Five years ago, Jannik Sinner dreamt of emulating his idol Bode Miller on the ski slopes.

Now, the 18-year-old former junior ski champion from Italy is being hailed as ‘the next Roger Federer’ after a stunning maiden season on the men’s tennis tour saw him climb more than 475 spots in the rankings.

Sinner, who grew up in Sexten, a winter sport resort in South Tyrol, the German-speaking autonomous region on the Italian-Austrian border, didn’t even have a ranking two years ago.

Yet he finished 2019 as the youngest player inside the top 80 since Rafael Nadal in 2003 by winning three events on the lower-tier Challenger Tour and capping his remarkable year by clinching the Next Gen Finals in Milan in November.

No wonder John McEnroe, a seven-time major singles winner, called him ‘one of the most talented kids I’ve seen in 10 years’ on an ESPN conference call. ‘His potential is to win numerous Grand Slams,’ said McEnroe, adding Sinner may be ranked inside the top 10 within ‘two or three years’.

Sinner may be the only 18-year-old inside the Top 100 but he has his feet firmly on the ground. ‘I’ve won nothing until now, I just have to keep on working,’ Sinner told Head.com in an interview from Melbourne, shortly before the start of the Australian Open.

The 1.88 metres (6ft 2in) tall Italian honed his attacking game style, built around a huge serve, big forehand and strong movement, at the academy of the veteran Italian tennis coach Riccardo Piatti.

Although Sinner was introduced to tennis by his father, Johann, at the age of seven, he was a champion skier in Italy from the ages of 8 to 12. But being a top skier came with huge physical and mental challenges.

‘The sport is quite dangerous,’ said Sinner. ‘When you ski, you can hurt yourself. You can be very scared. In tennis you know that nothing can happen. That was the decision I made, that I said “No” to skiing and decided to play tennis.’

A meeting with Piatti when he was just 13 years old would change his life forever. In order to advance his tennis career, Sinner took a brave decision: he decided to leave his family and friends in his hometown in the mountains to move to the Piatti Tennis Centre in Bordighera, on Italy’s Ligurian coast.

‘Especially the first week was hard, but later it was OK,’ said Sinner about that time. ‘It was more difficult for my parents, I think, because letting your son go, living alone at 13 or 14 years old was not easy for them.’

But Piatti, who has guided the likes of Ivan Ljubicic and Maria Sharapova, treated Sinner like one of his own children, making sure the teenager felt at home at his academy without his parents and brother.

‘I think potentially, he can become one of the best players in the world,’ Piatti told the ATP’s  website last year. ‘He is a good server, a good returner. He’s a player that likes to go and win the point.’

Chris Evert, an 18-time Grand Slam singles winner, likened Sinner’s poise on the tennis court to that of a young Federer and Nadal. ‘The maturity that he has has really propelled him at this point, and he plays like he belongs on the big stage,’ Evert said on an ESPN conference call.

‘He doesn't have any fear. I love the demeanour that he has on the court, aside from his game. And I saw that with Roger Federer and Nadal, too, at a young age, with the current champions, and I see a familiarity there,’ Evert said.

Sinner, who spent part of his off-season getting his driving licence, practised with Federer on the clay in Rome last season and at this year’s Australian Open.

‘What I like about him is that he’s almost got the same speed of shot on forehand and backhand,’ Federer, the 20-time Grand Slam singles champion, told reporters in Melbourne. ‘So I think we’ll see so much more from him. He’s an exciting guy and super sweet kid, which I always love to see.’

Sinner, who recorded his first ever main draw Grand Slam match win at the Australian Open before bowing out in the second round, isn’t thinking about winning slams just yet. ‘Hopefully I can play the whole season on the ATP Tour,’ he said, when asked about his goals for 2020. ‘It’s not so easy. If I can play 60 matches this season, it will be great.’