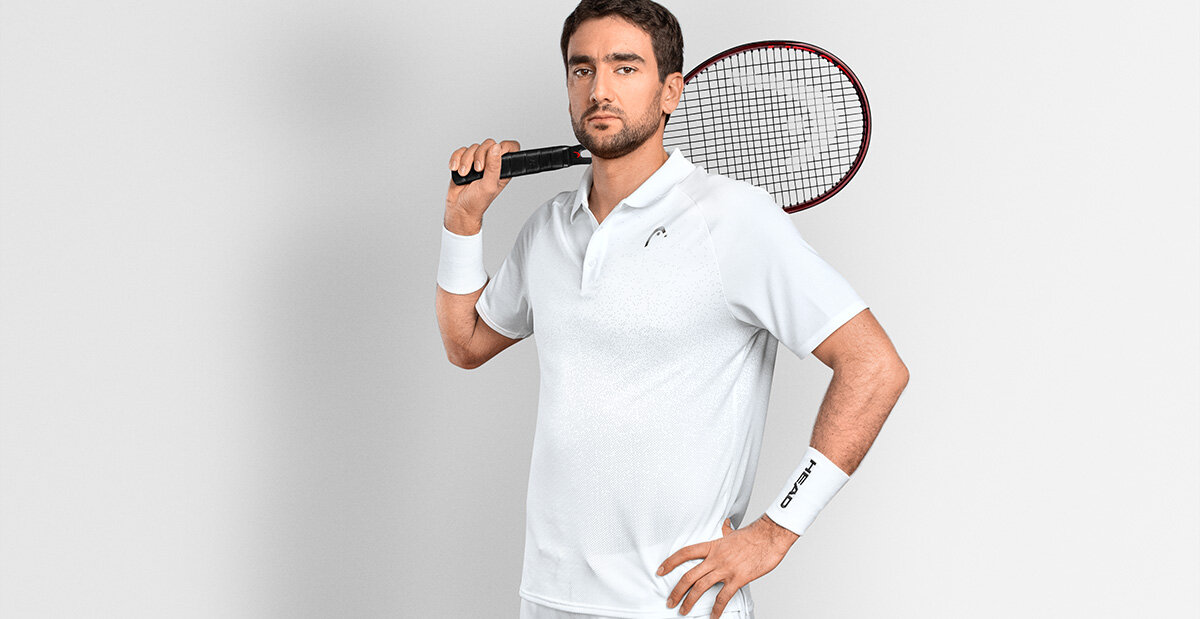 When the history of tennis in the 2010s comes to be written, Marin Cilic will have a very special place. The decade was dominated by five remarkable men, who between them won all but one of the 40 Grand Slam singles titles contested between January 2010 and September 2019.

The interloper in the decade was Cilic with his US Open triumph of 2014, when he probably played the best two days’ tennis of his career. With Kei Nishkori having beaten Novak Djokovic in the first semi-final, the tennis world assumed Roger Federer would walk away with the title, but in the second semi Federer was taken apart by the big-hitting brilliance of Cilic, and the Croat was able to reproduce that same level the next day to post an equally impressive straight sets win over Nishikori in the final.

‘I have two memories of that US Open,’ Cilic says today. ‘One was the moment when I had just won the title. I fell to the court and looked up at the big screen which had “Marin Cilic, 2014 US Open champion” on it – call it what you want: disbelief, pure happiness, it was a very special moment. The other was when I came home and in Medugorje, the town of 5,000 inhabitants where I grew up, more than 20,000 people turned out to celebrate with me. Medugorje is a very special place, it’s a strong town, so to have that reception was incredible.’

As if to keep his feet on the ground, Cilic still keeps a newspaper cutting on the wall of his old bedroom in the house where his parents live. It quotes him at the age of 12, the age he began travelling in junior squads, saying his dream was to play at Wimbledon. He has long since achieved and surpassed that goal, having won the US Open, reached two other major finals, picked up the ATP title in the Croatian capital Zagreb three times, and won one Masters title (Cincinnati). Standing alongside those achievements for this proud Croat is the Davis Cup he won in 2018, the last year the competition involved a full year’s worth of matches.

Now in his early 30s, he still has lots of tennis left in him, but if you look at his website, it is split 50:50 – half for Marin Cilic the athlete, the other for Marin Cilic the philanthropist. He is, of course, not the only top player to have his own charitable foundation, but it’s clear the reasons for him wanting to give back run deep.

It's all about getting the opportunity

‘Many years ago I read a very interesting book, Outliers by Malcolm Gladwell,’ Cilic says. ‘It’s about why successful people are successful, and one of the main reasons is that they get the opportunity. He focuses a lot on the story of Bill Gates – when Bill was at school, another student’s mother set up a computer company that enabled students to get practical experience, and look what came out of that opportunity: Bill Gates became one of the most innovative computer entrepreneurs in the world, and a very generous person too.

‘That helped me realise how much talent there is out there, and how much of it doesn’t get an opportunity. So my foundation exists to create opportunities for young people in sport, science and the arts. I cover the costs of the administration, so any donations go directly to helping young people. Even if it’s a small drop, even if only one or two of them fulfil their dream, it’s worth it.’

With a ranking of 37 when the ATP tour was suspended because of the Covid-19 crisis, it’s easy to think of Cilic’s best days as being behind him, but he could prove to be one of the players who gained most from the months-long break. Just five weeks before the virus closed down all tennis, his wife Kristina gave birth to their first child, Baldo, on 31 January.

‘Among the suffering and the tragedy that has been this virus, there has been one silver lining for me,’ he says. ‘I missed just two weeks of my son’s life playing tournaments, and then suddenly I couldn’t travel. During lockdown we based ourselves in southern Croatia near Dubrovnik, where Kristina comes from, so I practised with only the birds as spectators, and spent the rest of the time with my wife and son in those precious early weeks. To be able to relax my mind and still work was wonderful.’

How much Cilic can go on to achieve in the rest of his career is still an unwritten chapter of his story, but he believes he still has a lot of tennis in him. He’s also a very positive person who strives for perfection, and he says he has the desire to put in the work to get back to the top.

And he credits that professional approach for his career-long relationship with Head. ‘Apart from the fact that Head is an incredible company, I cannot think of a better company for me to be partnered with,’ he says. ‘All the Head staff I work with are very professional, but they look beyond business to the relationships, and many of them have become friends. I associate Head with my best memories in tennis, not just because I had a Head racket in my hand, but because I feel I’m working as part of a great team.’