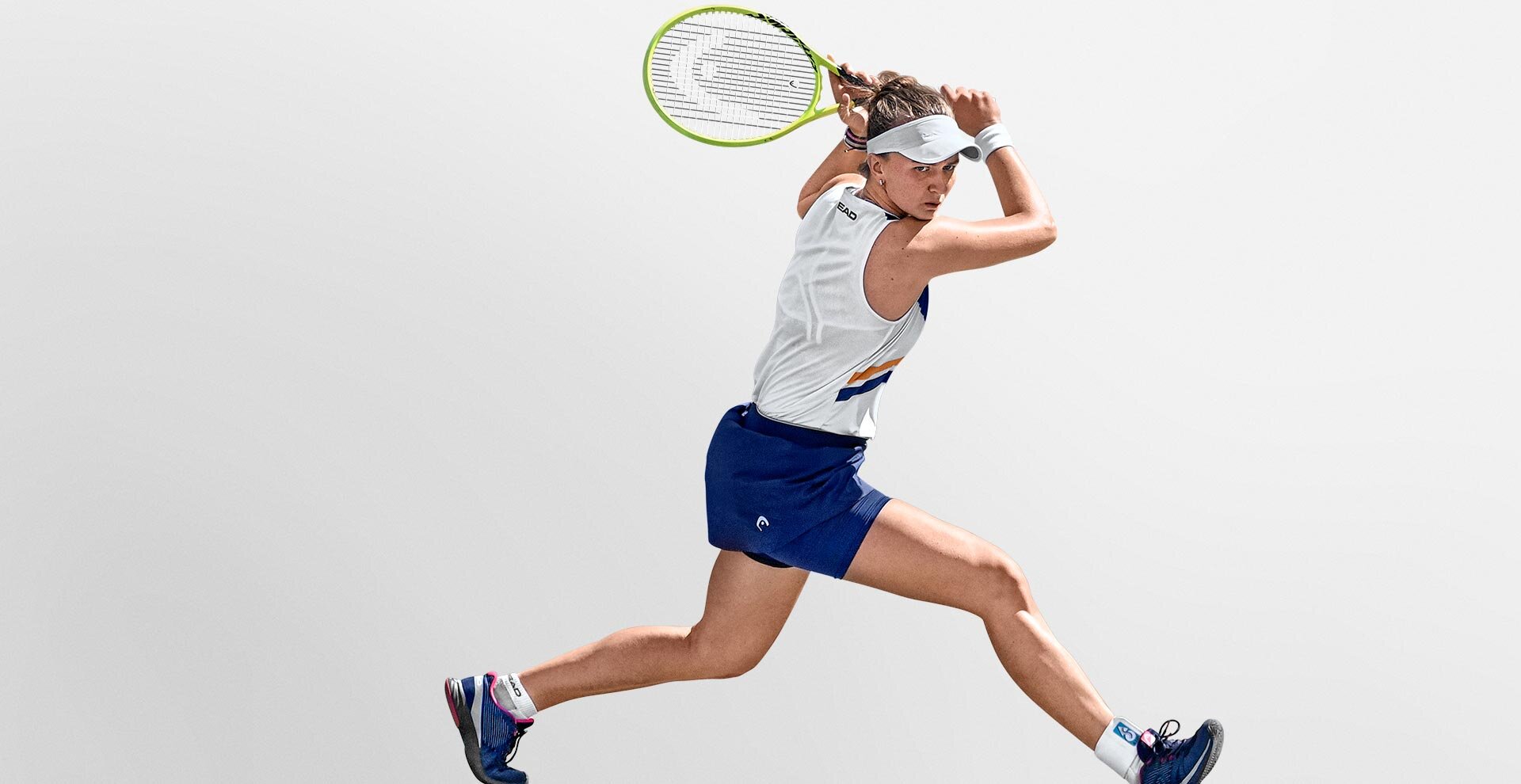 As 2020 drew to a close, Barbora Krejcikova was playing a series of lower-level tournaments in the Czech Republic, still ranked outside the top 100 in singles – at age 24. By July 2021 her landscape had changed dramatically.

It was almost as though Barbora Krejcikova had been running on the spot for several years. For all her success in doubles, which included two Grand Slam titles, it appeared a successful singles career – the goal of every aspiring tennis professional – was just not going to happen for her. Krejickova made her professional debut in 2010 at a $25,000 tournament in Slovakia, yet she had played just one main draw match at a major in singles.

And then everything changed.

A lucky break and a breakthrough

Krejcikova’s record in Grand Slam singles qualifying was far from impressive and nowhere near the success she enjoyed on the doubles court l. In 15 attempts going back to 2014, she had managed to get through to the main draw just once back in 2018, and her attempt at Roland Garros in 2019 ended in a retirement in her first-round qualifying match.

But with so many players opting to skip the terre battue in Paris in the autumn of 2020, Krejcikova was able to squeeze directly into the main draw with her ranking of 114. It was just the break she needed. The Czech put together three wins over talented opponents before falling in the fourth roundto a fellow qualifier – who was having a breakthrough of her own in a run from qualifying to the semi-finals. Krejcikova was on her way.

One step, and then another

Yet that success didn’t come from nowhere. There had been encouraging signs earlier in 2021 that Krejcikova was putting it together on the singles court. She reached the final of the WTA tournament in Dubai in March, and the week before the crown jewel of the clay-court season, Krejcikova won her first career WTA Tour singles title in Strasbourg, France.

Yet unseeded, with a lot of tennis in her legs, in her Grand Slam main-draw debut, no one could have foreseen what would transpire in Paris. Even though one celebrated countrywoman always knew she had it in her.

It takes a village to make a champion

Krejcikova has an angel looking out for her. Her name is Jana Novotna. They both came from Brno, and the relationship began when Krejcikova and her mother gathered their courage and knocked on Novotna’s door one day to ask for help.

The 1998 Wimbledon champion, who died of cancer in 2017 aged just 49, worked with Barbora and mentored her for a number of years. Novotna always believed – long before Krejcikova did.

More recently, Krejcikova began working with a sports psychologist, and although not the only player on the WTA Tour working with a sports psychologist there seems little doubt that Krejickova has made the most of this new expertise in her team. There were daily conversations before every match as she blazed her way through the Roland Garros draw.

They helped. Krejcikova was given the right words to say to herself. She was encouraged to go out and enjoy it. And that if it didn’t happen this time, her time would come.

They helped. Krejcikova was given the right words to say to herself. She was encouraged to go out and enjoy it. And that if it didn’t happen this time, her time would come.

“I always wanted to play tournaments like this – big tournaments, big opponents, last rounds. It was always something that I wanted to achieve. It was just taking so long,” Krejcikova said in Paris. “But I think right now it’s actually the right moment. Especially mentally, I think I’m just there. I really matured.”

Krejickova always knew she had the level within her, having won six doubles Grand Slams across women’s doubles and mixed but it was just a case of transferring that to the singles court . “Even if I tell myself I’m tired and I cannot do this anymore, or my legs are shaking or I’m not feeling well, I can still fight and I can still win,” she said. “This is something that, for sure, before Paris I didn’t know that I actually had.” The semi final against Maria Sakkari showed Krejickova that she spirit and fight to go all the way.

Onto the grass, and another breakthrough

The turnaround between the red clay of Roland Garros and the green grass of Wimbledon is a quick and challenging one. For Krejcikova, who had won just one match in three previous attempts in the qualifying (the last one in 2017), there was little to lose. With no grass courts at home, she prepared on indoor hard courts and artificial grass. And she only practiced for three days.

Krejcikova made the fourth round in her Wimbledon singles main-draw debut – earning the privilege of competing on the best day in tennis: Manic Monday. She lost honorably, to the eventual champion Ashleigh Barty.

Three different surfaces in six weeks are a big challenge for both body and mind, but Krejcikova quickly moved on from the grass at Wimbledon to the hard courts in Prague for a WTA tournament. She won it without dropping a set, to win her first title on home soil.

And in doing so she found another source of inspiration – the roar of her home-country crowd.

Had the tournament not been at home, Krejcikova wouldn’t have played. It already had been a game-changing four months.

“I just thought that I really, really had to come here and just try to play my best every single day, just so they can see me, see that I’m real,” Krejcikova said. “The people just wanted to see me, and I didn’t want to disappoint them.”

From Strasbourg through Prague, Krejcikova went 22-1 in singles, and 9-1 in doubles, picking up a third major title with Katerina Siniakova at Roland Garros. By the time Krejcikova left for Tokyo and the summer Olympics, she stood at a career-high 11th in the singles rankings.

There were some who said she could have taken a break after so much tennis in four months and skip the Olympics, but Krejcikova is determined to live in the present. “I really want to experience the Olympics,” she said. “ And I think it's really nice to have this opportunity because who knows if I’m going play in three years. I just want to go and do my best thing. I want to have these memories and represent my country in Fed Cup and the Olympics whenever I can.“

Whatever happens, Krejcikova knows that, even if everything around her is changing, she remains the same. “I’m still going to be the little girl from my little city, who started tennis by hitting on the wall,” she said. And somewhere, Jana Novotna is keeping an eye on her.