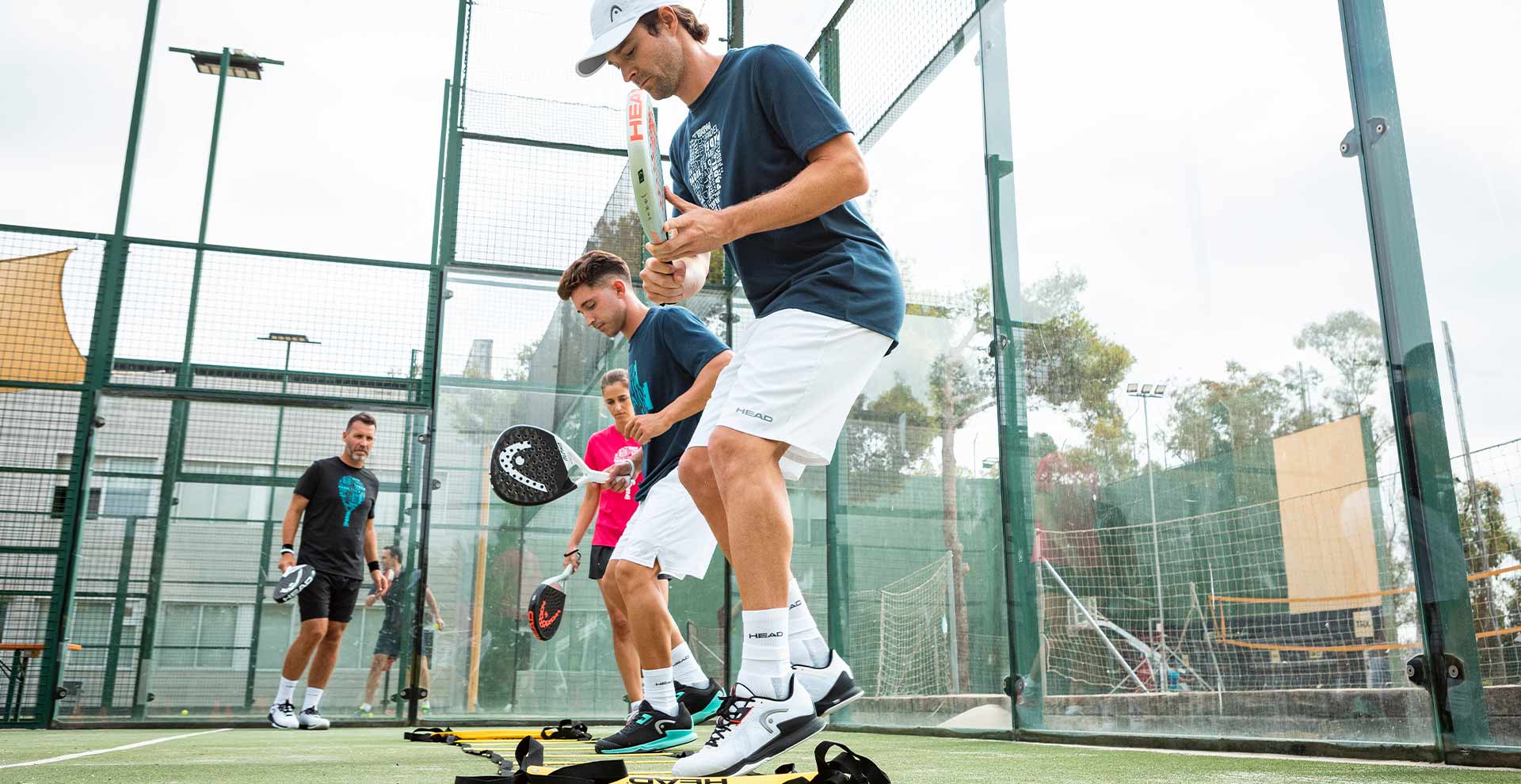 Categories: ALL ABOUT PADEL

5 tips for improving Your Padel Game

It is a fact that the padel world has grown in recent years and is currently booming. Almost unexpectedly, a large number of athletes have wanted to get involved in the sport and, as a result, many of them are looking for padel classes and tips and tricks to help them improve their games and come out winning on the court.
Learning to play padel is not complicated, but truly mastering the game does require more time. To be a tough opponent, a player must be consistent, play often and practice to improve their tactics, technique and physical fitness.
In this article, we will focus on improving a padel player’s technique on certain strokes as well as some of their skills. Below, Oriol Moyés, HEAD coach and director and coordinator at the Andrés Gimeno Tennis Club padel school, takes us through five exercises for improving five technical aspects of padel:

To play padel successfully, it is important to have a strategy based on a good defense as well as a good attack. It’s true that the pair that wins the most points wins the match, but this is often the pair that makes the fewest mistakes or unforced errors.
Before we go into the details of the exercise for improving defense, it is worth noting that the defensive position in padel is at the back of the court, approximately half meter behind the service line. In contrast, an offensive position is one where the player is approximately two meters from the net.
The exercise Oriol suggests for improving defensive skills involves practicing the optimal point of impact for a ball that has rebounded off the back wall:

Precision is a fundamental skill for a padel player. First of all, it will determine whether a ball goes in or out and, secondly, it can help make life difficult for an opponent by placing the ball strategically on the court.
In the second exercise, Oriol explains how a padel player can improve this much desired quality. The exercise, as you will see in the video, involves hitting the yellow HEAD markers positioned on the floor of the court with the ball.

Before we start, let’s define what unforced errors are in padel. These are errors players make due to poor execution of a shot when a ball is easy to hit.
In any game, whether a professional or an amateur game, unforced errors can make the difference between winning and losing. As we said before, games are won by the pair that wins the most points, and this is often the pair that makes the fewest unforced errors.
The exercise that Oriol proposes to try to eliminate unforced errors involves making the padel court smaller with the aim of leaving margin for error. Below, you will see the exercise in action.
No player likes to commit unforced errors but when they do make one, they should take the chance to learn about the error they’ve just made so they can correct it in future matches.

4. >> Exercise to improve the forehand

The forehand is one the first strokes a padel player learns. Firstly, because it is one of the easiest and, secondly, because it is fundamental when playing padel.
The stroke will evolve as the player improves. This means the simplest version, the flat forehand, will transform into a slice or topspin forehand with time and practice.

This is one of the most used strokes during a match. The ball is hit laterally and in front of the body to end with a short follow-through that allows us to be ready for the next shot.

This is a shot whose main aim is to allow us to get to the net. It is a slow, deep shot with the maximum possible effect on the ball.

This stroke is more common in tennis but it has been perfectly adapted to padel. The difference between the topspin forehand and the slice forehand is that, for a topspin forehand, the ball is hit with the racket moving from down to up which allows a lot of spin to be generated and gives the ball a parabolic trajectory.

To practice the flat forehand, our coach positions a band of tape across the back of the court at hip height. The aim of this exercise is to hit the ball without hitting the tape with the racket.

"La bandeja" is one the sport’s most characteristic strokes, while at the same time being one of the most difficult to execute correctly. In general, this stroke is used by a player who wants to maintain their attacking position (near the net) when the other player has played a lob. In addition to this first objective, the tray can also produce a lot of winners when played aggressively.

To practice the tray, we will again use the tape from the previous exercise, although this time we will position it higher. The exercise involves correcting the point of impact with the ball when playing the shot to make sure it is always at head height and not lower.
These five exercises will help you improve the technical side of your game and will make the difference in your next match. Which one are you going to start with?