With her second place in the first Downhill in Crans Montana on Saturday, Ragnhild Mowinckel is now indisputably among the very best in the world in this discipline as well. It was the Norwegian’s first podium in the Downhill. Austrian racer Cornelia Hütter finished the race in third.

“Ragnhild Mowinckel is a good skier, and today she really showed it,” says HEAD Race Director Rainer Salzgeber. “She is among the very best in the world in three disciplines. She trusts the equipment, so the results follow. Cornelia Hütter’s podium is also good news, as is the fact that her fall in the second race seems not to have been serious. What was a great pity this weekend was that Tanguy Nef skied out in the first Slalom when he leading. If you’re leading with this bib number you’ve done a lot really well. Johannes Strolz produced three very good runs despite conditions that were completely different each time. That too is a real positive.”

Ragnhild Mowinckel continues to show that she is in top form this season. In December, the 29-year-old achieved her first podium place for almost three years, finishing second in the Super G in Val d’Isère. Her fifth place in the Giant Slalom in Lienz in December was also impressive. In the Downhill, her previous best results had been three sixth places in 2018. The seven top three finishes she had to her name all came in the Giant Slalom and Super G.

Cornelia Hütter also on the podium in third

Behind Mowinckel, Cornelia Hütter finished in third spot – the Austrian racer’s second podium in the Downhill this season, following on from a third place in Garmisch-Partenkirchen at the end of January. “If you start with bib number 19 and the three lights up when you cross the finish line that’s really good,” said Cornelia Hütter. “It’s a reason to be pleased. It’s great fun to be back in the World Cup. I try to express that in my skiing and it’s working really well. My skis went extremely well today, otherwise I wouldn’t have been able to keep the pace in the flat sections.” Marie-Michele Gagnon from Canada finished eighth, Corinne Suter from Switzerland was tenth, French racer Laura Gauche placed 13th and Austrian Stephanie Venier was 14th.

Three HEAD racers in the top 5

In Sunday’s Downhill in Crans Montana, three HEAD racers finished in the top 5: Corinne Suter missed out on a podium place by a mere four hundredths of a second, ranking fourth. Ragnhild Mowinckel and Stephanie Venier finished equal fifth, Marie-Michele Gagnon came 11th and Elena Curtoni from Italy placed 14th. Cornelia Hütter was well on the way to another top result when she crashed badly on the finish slope. However, she does not appear to have suffered any serious injuries.

In the men’s Slalom in Garmisch-Partenkirchen on Saturday, Johannes Strolz only just missed out on a podium, coming in fourth. After the first run, the Austrian was back in ninth place. “I’ll take fourth, I’m happy with my performance today,” said the double Olympic champion. Norwegian Atle Lie McGrath finished tenth, Alexis Pinturault from France 15th. The leader from the first run, Tanguy Nef of Switzerland, skied out shortly before the finish as he was on the way to victory. On Sunday, a second Slalom was on the agenda in Garmisch-Partenkirchen. In this race, Timon Haugan of Norway finished 11th, and Alexis Pinturault 12th. 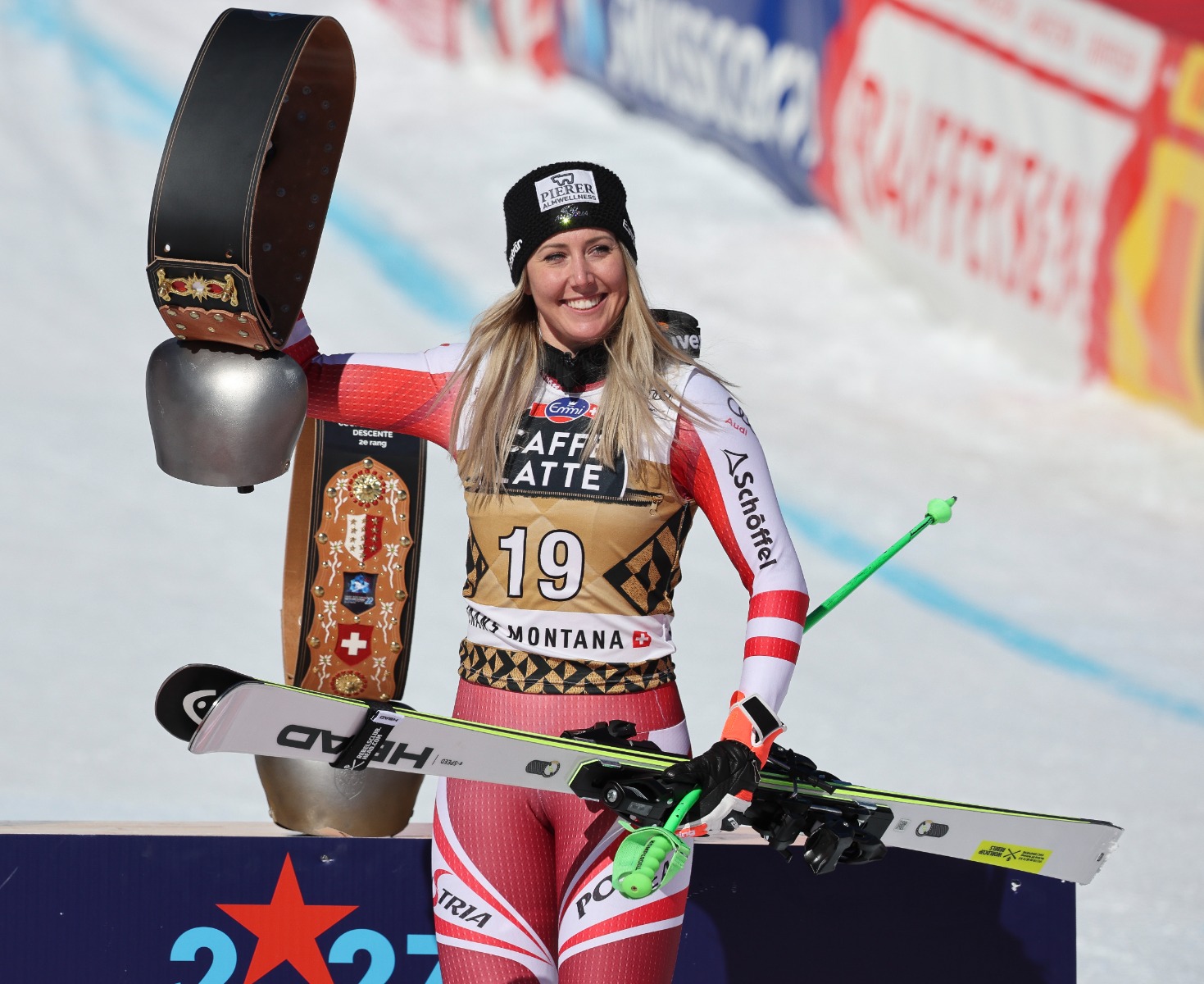 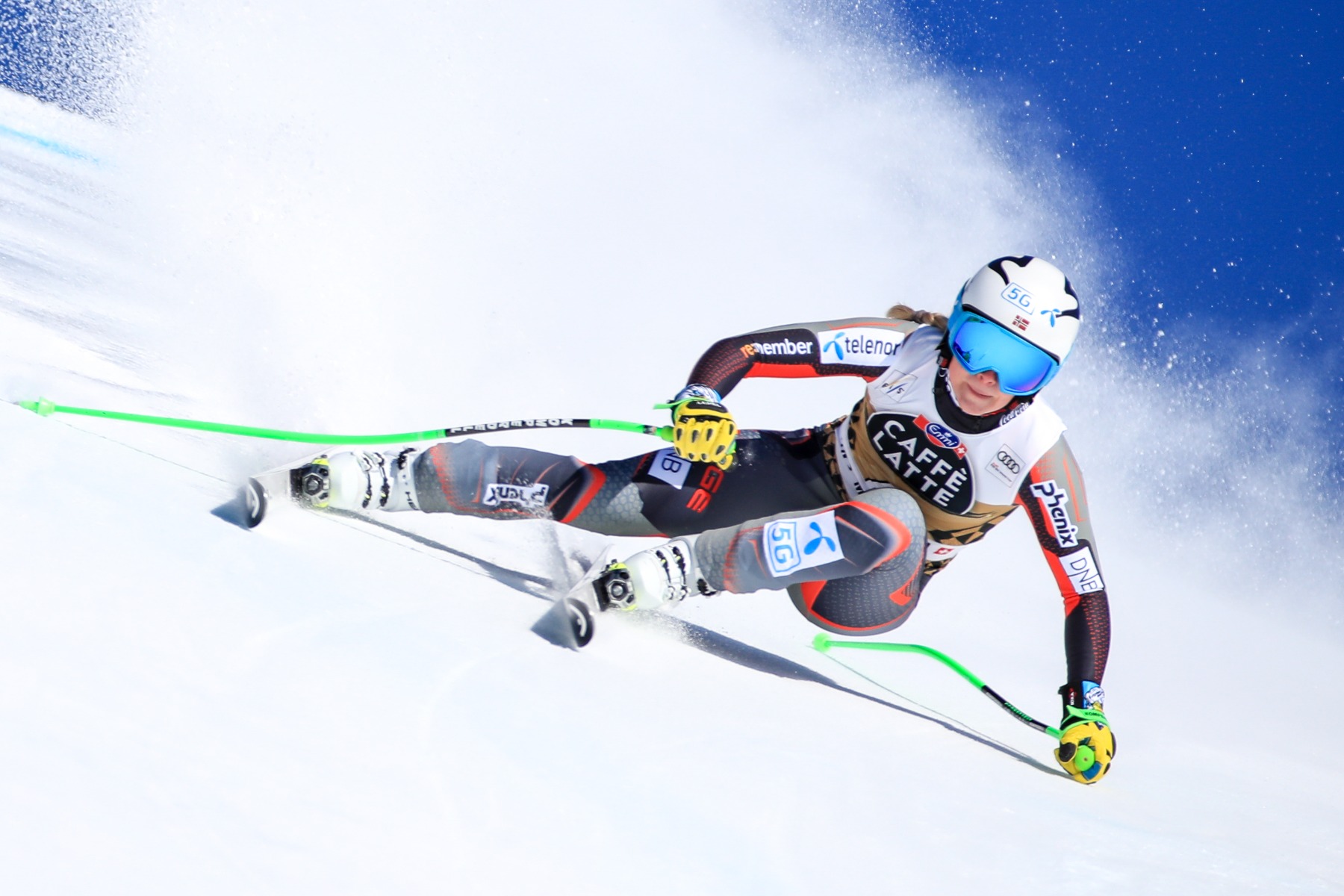 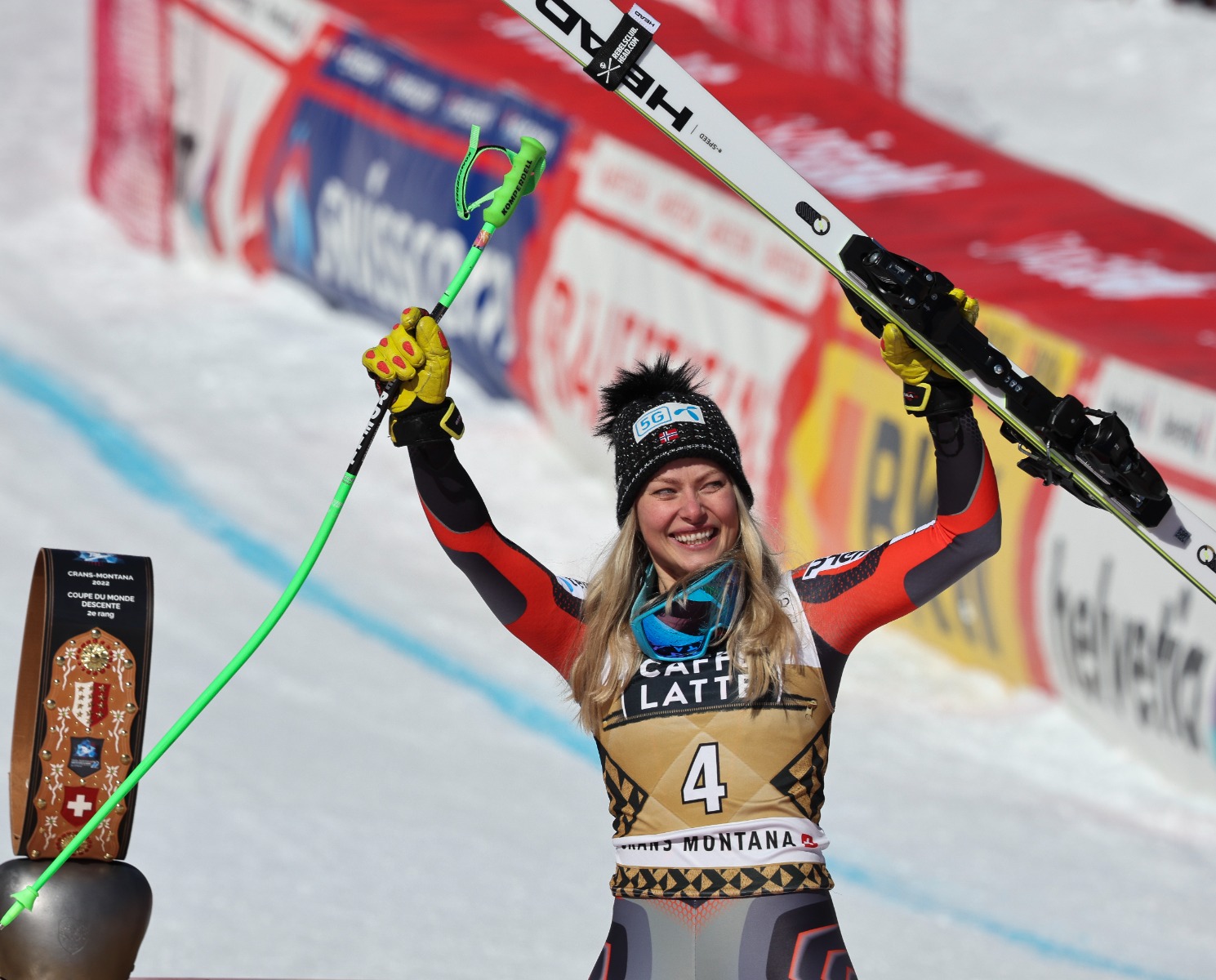