A resurgent Marin Cilic could go deep at the US Open this summer. Eight years after winning the title, the HEAD ambassador feels good about his tennis and place in the game.

The noise and energy of New York City, while occasionally unsettling for some players, can provoke calm, serenity, and something close to tennis perfection in Marin Cilic. Dare we hope to see that nerveless brilliance from Cilic again this summer?

Imagine facing Roger Federer for a place in the final of the US Open, amid all the madness of the Arthur Ashe Stadium, and not feeling any nerves, just an unexpected, wonderful calmness. Suddenly, and you’re not quite sure why, you’re almost untouchable. That was the odd sensation that Cilic experienced in 2014, the summer he won his last three matches against Tomas Berdych, Federer, and Kei Nishikori without dropping a set, giving him a first Grand Slam title. Eight years on, searching for "another great moment" and a second major, he arrives at Flushing Meadows looking the part, dressed in his own exclusive HEAD performance shirt, while also believing he is still a force at the top of the game. Confident that, at the age of 33, he still has it in him to land another big title.

There's good reason for Cilic to be encouraged, given he has been pushing himself to new heights in 2022. Just this spring, he made the semi-finals of Roland Garros for the first time, and in doing so became only the fifth active player - after Federer, Rafael Nadal, Novak Djokovic, and Andy Murray - to reach the last four of all the majors.

What happened in Paris will be motivating him on the other side of the Atlantic at his first Grand Slam since Roland Garros (he was "heartbroken" to miss Wimbledon after testing positive for Covid, having reached the semi-finals at the Queen's Club Championships in London). "The journey keeps going and hopefully there's going to be another great moment," Cilic has said. "Paris was a huge motivation to keep going. I'm excited about being back at the US Open, at the tournament where I had the greatest moment of my career."

For the first time in three years, Cilic is in the top 20, with the ATP ranking computer confirming what many in tennis have been saying: that Cilic has the power and poise to go deep into any major. And once he's rolling in New York, might he once again play with the same nerveless ease of 2014? If he can get that feeling back, it will take something to special to stop him.

You can talk all you want about Cilic's serve and the might of his arm. But what elevates his performances is what's happening inside his head, and how he feels.

Reinforcing the feeling that things are coming together for Cilic this season, he will be looking coordinated in New York City. It's not just that he will be wearing his own exclusive HEAD performance shirt, Cilic will also be wearing HEAD shoes and playing with HEAD racquets, which he will carry on to the court in his HEAD bag. A total commitment to one brand, which you don't see that often in elite tennis, is another illustration of how thoroughly Cilic prepares for competition - he's all in.

"Every tennis player is looking for an edge, for something that will help them to out-perform their opponent on the court. Wearing HEAD clothes and shoes, and playing with HEAD racquets, I feel good when I step onto the court and that allows me to play my best tennis," said Cilic. 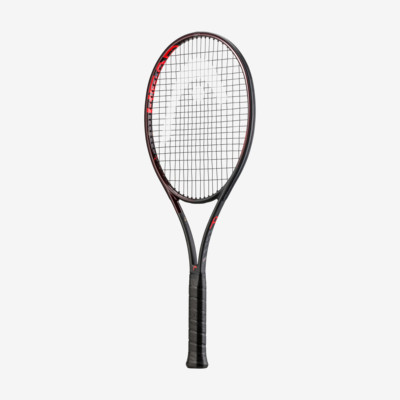 Not so long ago, thirty-three was considered late middle age on the tennis tour, if not time to zip up the racquet bag for good. But no more. Not in the era of Federer, Nadal, Djokovic, and Murray, who have all accomplished so much since turning 30. Not with Cilic going deep at the Grand Slams. Perhaps don't tell his wife, Cilic has been joking, but he could see himself playing for another ten years. A more realistic assessment is that he could continue being competitive for another three or four seasons. Tennis is about taking your opportunities and he might never have a better opportunity than this summer to put another run together in New York City. Beware the calm, poised, nerveless Cilic.