PAUL COLL has pronounced himself in the “best shape” of his career.

Speaking in an exclusive interview with HEADSQUASH, as he counts down to his first-round match in the 2021 CIB Black Ball Open, ‘Superman’ reckons he is ready to get the second-half of the season off to a flying start on Sunday.

Coll, who plays the HEAD Graphene 360 Speed 120 SB, has had to cross the border from his Dutch base into Germany to hook up with an old foe in his bid to hone his match fitness and is determined to put a disappointing second round loss in the previous PSA World Tour event behind him.

Yet after becoming the first New Zealander to break the World Top-4 rankings since the legendary Ross Norman in March 1989, Coll is clearly fired up for his return to the competitive fray.

He said: “For sure, normally the players just go from tournament to tournament so we struggle with preparation but having had two and a half months to schedule and carry out our physical training then I would have to say I am in the best shape I’ve been in since I was a junior.”

“Basically, it’s been another off season and it was nice to be able to peak in terms of physicality with my training programmes tailored towards this mid-March period.”

“I’ve been training a lot with ‘LJ’ (Anjema) in Amsterdam, although I’m still working with Rob (Owen) as well but clearly I’ve not been able to get over to England. So, Rob and LJ have been working together (via video link) and I’ve had feeding sessions from LJ which has been great.”

“Recently I was in Paderborn to get some match play in with Simon Rosner (former World No.3) and Raphy Kandra (former British Open semi-finalist). I’m feeling good and it was great to get some decent game time in the bank as getting match sharpness back is very important leading into the Black Ball.”

“Rosner still plays at such a fast pace and with great quality and he is a great practise partner for me and really makes me sharpen up and get my timing fine – tuned. Now I’m just really looking forward to getting things going on Sunday.”

Looking forward to his draw against either Switzerland’s Nicky Mueller or the USA’s Todd Harrity, Coll said: “Nicky is the higher seed so I guess he is favourite, but I think Todd has had a good spell training in Egypt, he will have had some quality training partners, so I am not sure who to back in that one.”

This will be Coll’s second tournament as World No.4 and fourth seed, yet Superman is under no illusion as to how tough it will be to achieve lift-off at the year’s opening PSA World Series event: “It was one of my goals to get a top-4 seeding, although I don’t think any quarter-final draw is an easy one these days. I’m just really excited at having my first competitive game coming up this weekend and can’t wait for the Black Ball to get underway.”

HEAD’s Egyptian distributor Ashraf Hanafi is chief coach at the Black Ball club and a key member of the tournament’s organizing committee while Coll has been joined in the draw by two of HEAD’s outstanding young talents, Ahmed Wael and Ahmed Ismail, who have gained entry to their first world series event on wild cards.

For his part Coll admits the emergence of the next gen of squash talent onto the world stage is vital: “I am sure these young guys like Ahmed Wael and Ahmed Ismail, who are starting to come through, will be a force. With young players like these guys, you need to keep an eye on them because they come out fearless and they will cause you troubles if you are not on your game.”

“It’s good for the Tour having great squash from round one and of course it works for SquashTV and the fans getting that quality right from the opening matches.”

Coll has recently been involved in two titanic struggles with emerging Egyptian talent Mostafa Asal and after losing both over gruelling five-setters, the proud Kiwi admitted: “It was tough as it was in my hands and I lost it again although I also have to say Mostafa is a quality player and he played well and fought hard right to the end.”

“I took two weeks off after that last one and it was more of a mental decision. I had distractions outside of squash and I just needed the time off to recharge and when I came back in January, I was really fresh and excited to train.”

“Then with LJ and Rob I finally watched that match back and we came up with what we need to work on to push to the next level and what we thought was necessary for me to do what I want to do with my squash going forward.”

“It’s always a bonus not to have Asal in my quarter but I’m excited for that rematch as it’s always a battle.”

Since joining HEADSQUASH in December, Coll has become a huge fan of our innovative Reflex string: “The Reflex string is a control string which has two options with a thinner variety the 1.10mm and the slightly thicker 1.20mm and for me the latter worked and was a perfect balance between control and power.”

“It also complemented the fan stringing pattern I use, and like I said it just worked and gave me that extra power and control. Basically, I have the whole racket from grip to string in HEAD and I’m delighted.”

“Initially I wasn’t using the HEAD string as I didn’t want to change too much but for the last two plus months, I have been using the Reflex string and its really fine - tuned my racket. Basically, I can’t recommend it highly enough.” 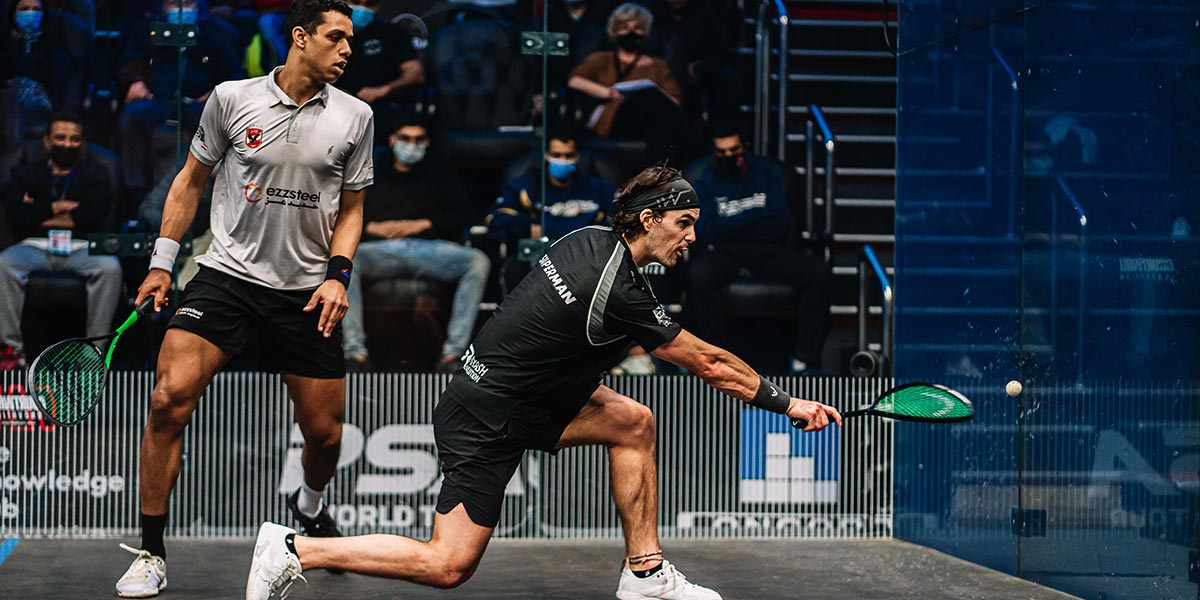 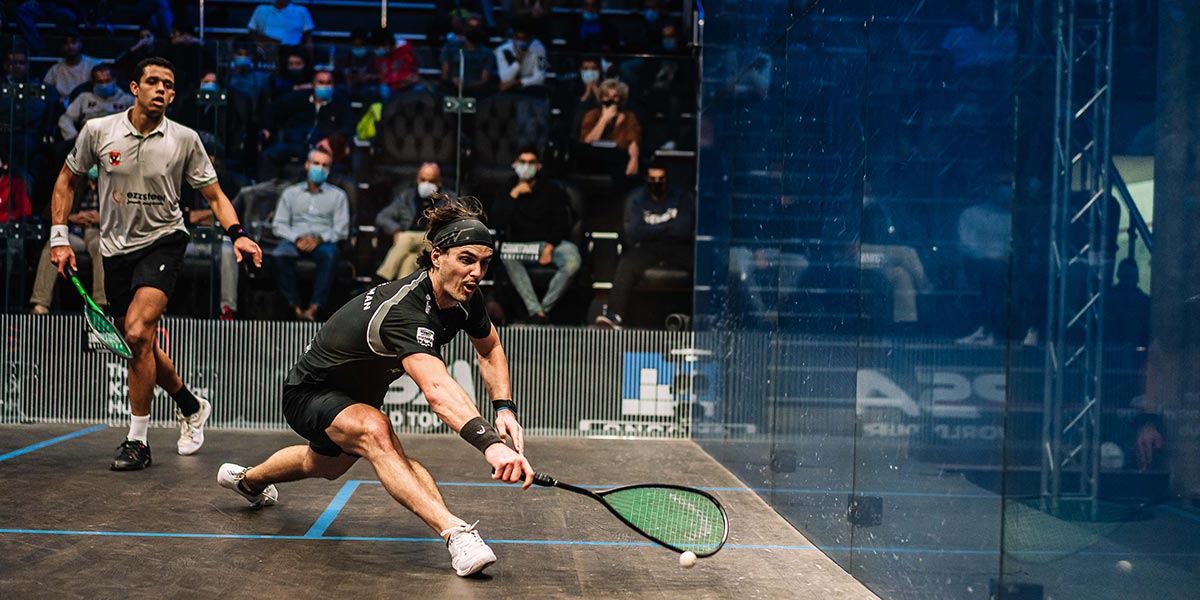