The finals in Lenzerheide saw one of the most successful seasons in HEAD's history draw to a close. With seven World Championship Gold medals, one overall World Cup Crystal Globe and four World Cup discipline Crystal Globes, as well as 19 World Cup victories, the HEAD World Cup Rebels delivered a unique class of performance. As confirmed by the FIS brand ranking - they are the best ski team in the world.

"First of all, it was very positive that we were able to pull off this season the way we did. Special thanks go to the FIS and the ÖSV, who set the stage for this challenging season with the opening in Sölden and the races in Lech/Zürs," emphasised HEAD Racing Director Rainer Salzgeber. "Winning the men's overall World Cup was an ambitious target. The fact that we have now managed it was the absolute highlight of this season for me. We also fought until the very end for the women's overall Crystal Globe in the World Cup. As a competition, the World Championships were first class. We experienced so many positive emotions during those two weeks in Cortina. I have been HEAD Racing Director since 2005. This has been our best season during that period. I would like to thank everyone who has worked on developing the skis, bindings and boots. We have evolved a lot on all the components and raised the bar in terms of speed. The results show that staying on the ball is the right way to go. We will analyse everything again over the next few days. And with the experience we've gained, we will be optimising the equipment again to make sure we prepare as well as we can for the new season."

It was one of many highlights this season for the HEAD World Cup Rebels. At the World Championships, which were held from the 8th to 21st of February in Cortina d'Ampezzo, the HEAD team won seven of the twelve individual Gold medals - in all four speed discipline events, in both Giant Slaloms and in the men's Parallel event. The HEAD team also produced three double World Champions with Lara Gut-Behrami from Switzerland, Mathieu Faivre from France and Vincent Kriechmayr from Austria. A total of twelve medals went to the best ski brand at the World Championships.

All the speed events - both the Downhill competitions and the Super-G races - had to be cancelled at the final of the World Cup in Lenzerheide due to the weather conditions. This meant that in the speed disciplines, not only all four World Championship titles went to the HEAD World Cup Rebels, but also three of the four World Cup Crystal Globes: Beat Feuz (Downhill), Lara Gut-Behrami (Super-G) and Vincent Kriechmayr (Super-G). Beat Feuz has won the Downhill World Cup for the fourth time in a row. With 486 points, the Swiss athlete ultimately had a 68-point lead over his HEAD team-mate Matthias Mayer. Vincent Kriechmayr celebrated the most successful season of his career. The Austrian athlete, who switched to HEAD just before the start of this season, has won his first Crystal Globe in the Super-G, following his two World Championship Gold medals in the Downhill and Super-G in Cortina.

The women's Super-G World Cup was already decided by Lara Gut-Behrami before the final in Lenzerheide. With her second place in Val di Fassa, the 29-year-old already had her name on the Crystal Globe. The double World Champion in Cortina delivered an impressive series of wins in the Super-G four races in a row: she stood on top of the podium in St. Anton, Crans Montana and twice in Garmisch-Partenkirchen. This is her third Crystal Globe in the Super-G after 2014 and 2016. In the Downhill competition the two HEAD World Cup Rebels Corinne Suter and Lara Gut-Behrami were robbed of the chance to win the Crystal Globe on their home run in Lenzerheide due to the event being cancelled. This left the Swiss athletes in second and third place in the final Downhill standings.

Wendy Holdener raced to the podium three times in the Slalom

On the 11th of February in Cortina, the HEAD World Cup Rebels had a perfect start to the World Championships. In the women's Super-G, Lara Gut-Behrami won her first Gold Medal at a World Championships. Finishing just behind the Swiss athlete, her compatriot Corinne Suter bagged the Silver medal. A few hours later Vincent Kriechmayr followed up with Gold in the men's Super-G. Bronze went to Alexis Pinturault. Gold medals in the Super-G by Lara Gut-Behrami and Vincent Kriechmayr were followed by two more Golds in the Downhill competitions. Corinne Suter delivered a unique class of speed in the Downhill on the 13th of February to secure the Gold medal with an impressive run. Lara Gut-Behrami had her sights set on double Gold in the speed disciplines following her Gold medal in the Super-G. She made a decisive mistake, however, although the result was still good enough for Bronze.

Vincent Kriechmayr - king of speed at the World Championships

Vincent Kriechmayr is the king of the speed events in the World Championships, having bagged his second victory in Cortina on the 14th of February in the Downhill. The Bronze medal in the Downhill went to Beat Feuz from Switzerland, 18 hundredths of a second behind Kriechmayr. In 2017 Mathieu Faivre won Gold in the Team event at the World Championships in St. Moritz. In Cortina, the French athlete celebrated his first individual Gold medal in the Parallel Slalom on the 16th of February, the debut appearance of this format at a World Championship. His compatriot Alexis Pinturault won his second medal in Cortina by following up Bronze in the Super-G with Silver in the Combined event on the 15th of February. In the Team event on the 17th of February, Norway won Gold with HEAD World Cup Rebel Fabian Wilkens Solheim.

Ted Ligety - one of the greatest ski athletes - finishes his career 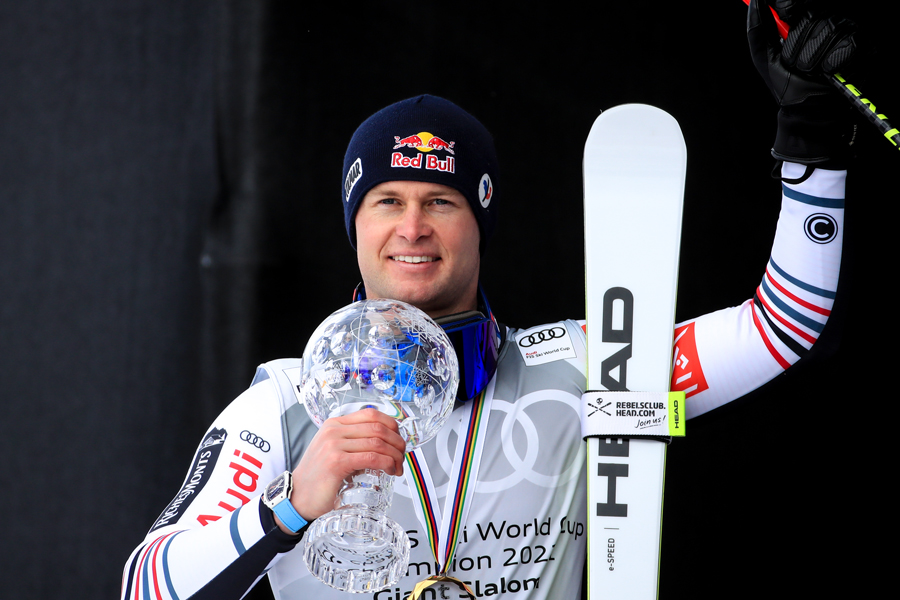 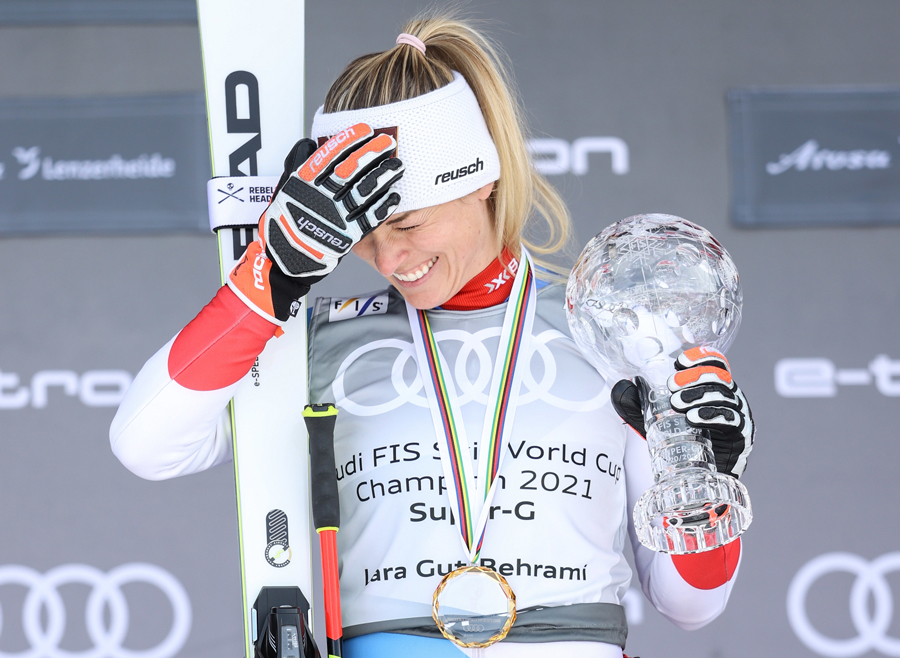 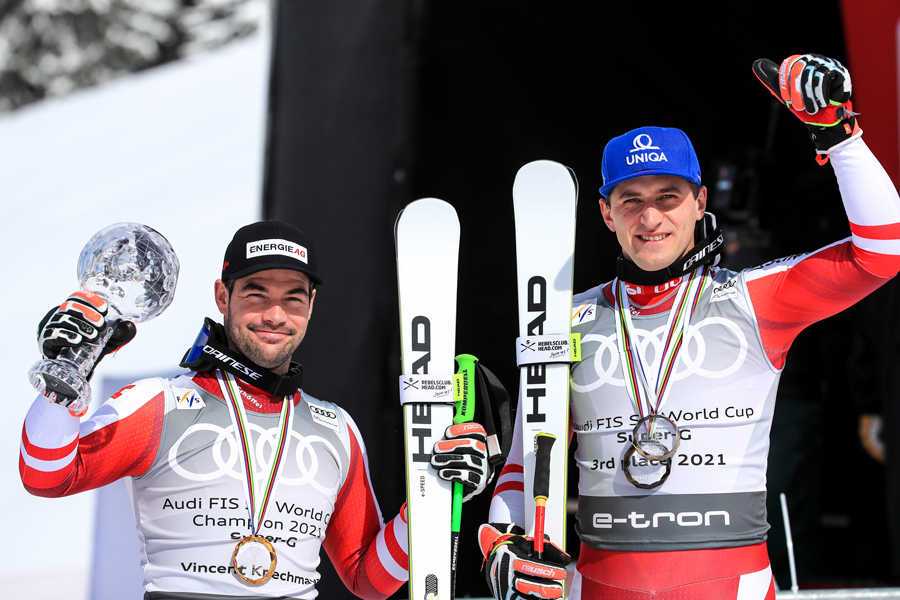 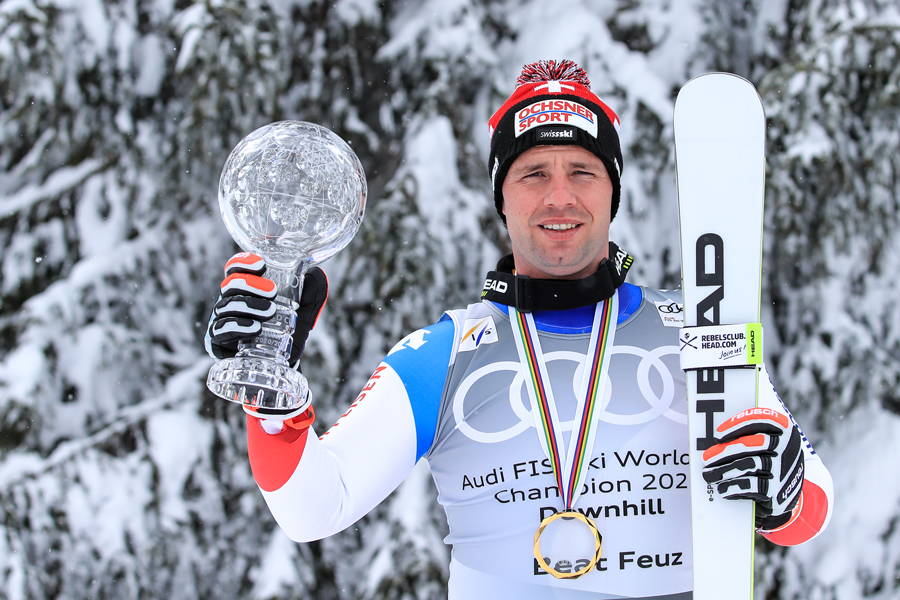 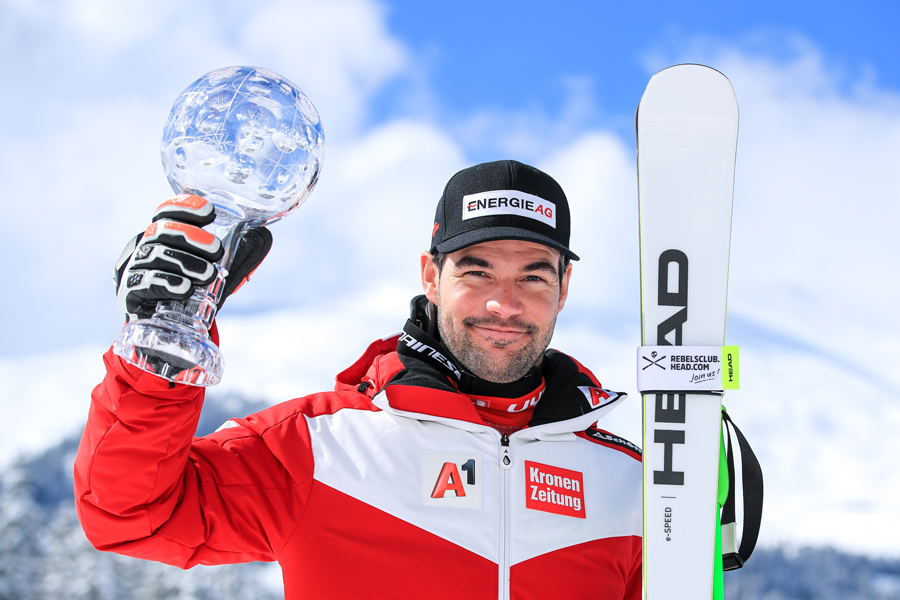